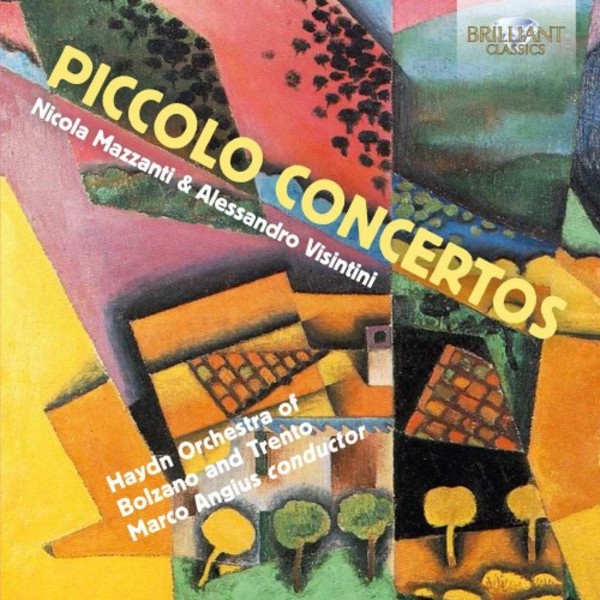 On this unique and diverse recording, three contemporary concertante works for piccolo and orchestra are coupled with an arrangement of Mozarts Oboe Quartet with the solo wind part exchanged for its treble cousin.

Liebermann (b.1961) has acknowledged the music of Dmitri Shostakovich as a consistent inspiration through his career, and especially its latter stages after he withdrew from writing in a toughly modernist idiom. That influence may be appreciated throughout the piercing, lyrical stretches of the Piccolo Concerto composed in 1996, and in its economical orchestration for a Classical‐sized orchestra plus an important part for harp. If Vivaldi constitutes your sole engagement so far with the piccolo as a solo instrument, Liebermanns concerto is a perfect place to start and broaden your appreciation for the instrument as more than the piping, variously eerie or shrill capstone to works by Beethoven, Mahler and indeed Shostakovich.

Carlo Galante (b.1959) and Alessandro Cavicchi (b.1957) have also written their concertos in a consistently tuneful idiom with the aim of exploiting the piccolos unearthly timbres. Gli Usignoli dellImperatore (The birds of the Emperor) is a concerto for two piccolos which retells in music Andersens fable of the nightingale, and the Emperor of China who loses interest in the real birds song having had an artificial counterpart made for his amusement.

By contrast, As night progresses is a homage to the genre of prog rock (exemplified by the work of Cream, Yes and Rick Wakeman); Cavacchis previous work has included After Genesis, a chamber work which pastiches and transforms some of the bands bestknown melodies.

The two soloists on this recording are experienced soloists who have played with many of Italys orchestras; Visintini has served as principal flautist with the present Orchestra of Bolzano e Trento, while Mazzanti is piccolo soloist with the Maggio Musicale orchestra of Florence.