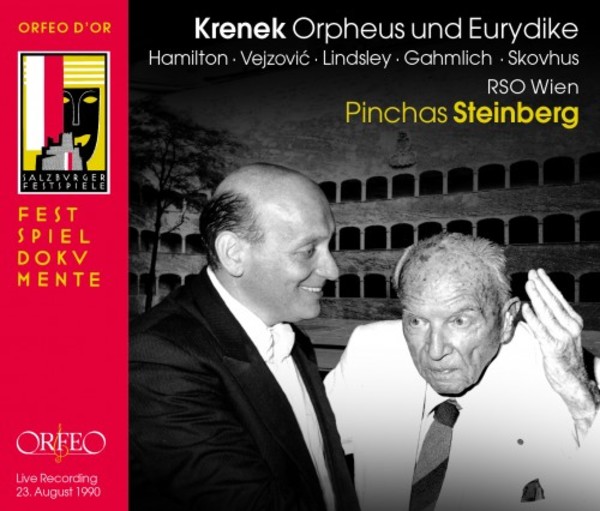 At a time in which the umpteenth new recording of classical works often seems less than essential, credit is all the more due to the Festival for programming new music that is already over a century old. One of this years new releases is Kreneks Orpheus und Eurydike, a work that is several things rolled into one: classical subject-matter in the sense of a further reworking  in this case, of the creation myth of opera itself, not just since Monteverdi (1607), but since the primal big bang of the operatic cosmos with Caccini/Peri (1600); one of the timeless tales of human existence linking love, longing for the past and their transcendence in art; a bang-up-to-date work of art that nevertheless remains a work of its time, the era in which the Festival was founded; and above all a festal tribute to honour the 90th birthday of a major 20th-century composer. Krenek himself attended the 1990 Festival performance documented here. Kokoschkas stormily Expressionist narrative was put to paper between 1915 and 1917 in the aftermath of a passionate love affair with Alma Mahler, and set to music in headstrong mixed style by Schoenbergs highly independent pupil between then and 1923. Given the literary standing of the librettist (and of the composer), Orfeo is additionally printing the libretto (from which the title of our text is taken), also bearing in mind that this recording is the first and only one ever to be released.