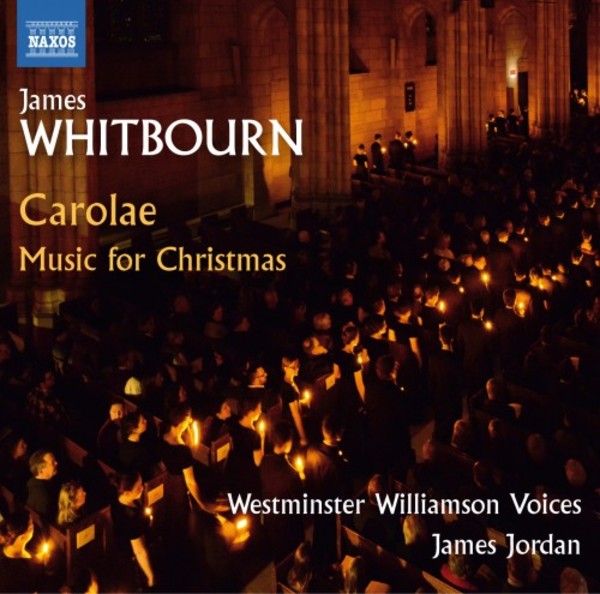 James Whitbourn is a Grammy-nominated composer whose music is internationally admired for its direct connection with performers and audiences, The Observer describing him as a truly original communicator in modern British choral music. Carolae is a fusion of two great American and English Christmas traditions, with the Missa carolae at its heart. Whitbourns love of medieval musical language is shown through his crafting of original melody and skilful arrangements of seasonal favourites.

The Grammy-nominated Westminster Williamson Voices, named after the founder of Westminster Choir College, John Finley Williamson, is lauded by reviewers and audiences on both sides of the Atlantic. Founded by James Jordan in 2003, the ensemble has quickly distinguished itself in the choral world for its distinctive artistry and compelling sound, recordings, educational outreach and its passionate mission to perform new music and forge close relationships with composers. It received a Grammy nomination for its recording of Annelies by James Whitbourn in 2013.