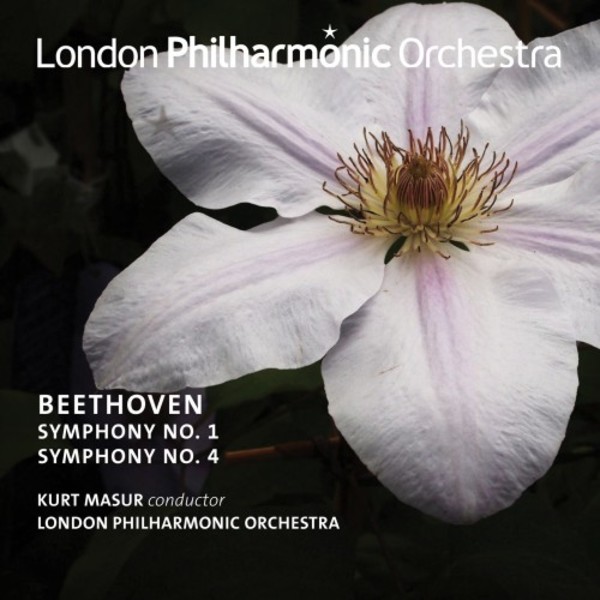 This recording features former Principal Conductor of the London Philharmonic Orchestra, Kurt Masur, who conducted more than 150 performances in London and internationally during his tenure (2000-07). Masur inaugurated the launch of the LPOs own label in 2005 with live performances of Shostakovichs Symphonies Nos. 1 and 5 (LPO0001).

Kurt Masur sadly passed away in December 2015; this captivating pair of concert recordings from 2004 pays tribute to his musical legacy: he conducted Beethoven with insight, cohesion, these concert performances conducted from memory.

When audiences heard Beethovens First Symphony, they were struck by something new in the air  there is no mistaking its Beethovenian energy and dash. Released for the first time on the orchestras label, Symphonies 1 and 4 contribute to the expanding collection of Beethoven works on the label; the most recent being Beethovens Fifth conducted by Tennstedt (LPO0087).

Often neglected between the more famous Third and Fifth, the Fourth Symphony is a joyous work which inspired many of Beethovens contemporaries, including Schumann and Berlioz. Its propelled with unstoppable momentum and buoyancy, after a searching opening perhaps inspired by Haydns Representation of Chaos.

These recordings are taken from live concert performances at Southbank Centres Royal Festival Hall on 24 and 27 November 2004.