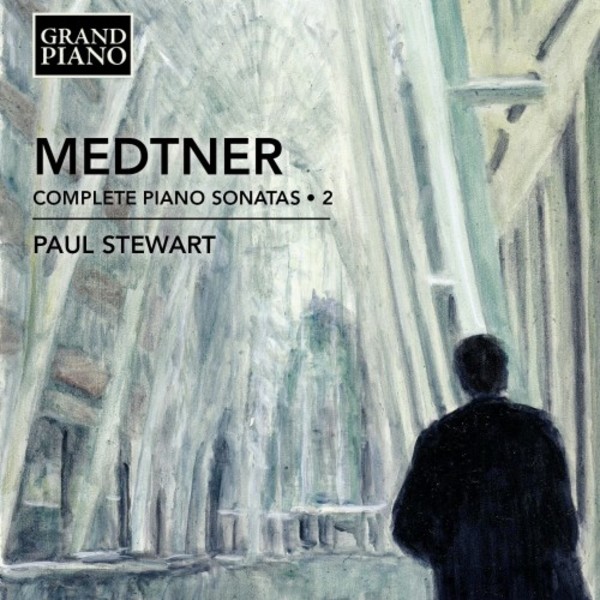 Nikolai Medtners 14 piano sonatas are considered among the most significant achievement in this genre by any composer since Beethoven. After the success of his First Piano Sonata (GP617) he turned to Goethe for inspiration, and the life and love-affirming Sonata-Triad, op.11, translates the poets words of passion, suffering and redemption into sound. The capricious, mysterious and beautiful Sonata-Skazka is a masterpiece in miniature and was once Medtners most performed work. Dating from his years of exile, the Sonata-Idyll, Medtners fourteenth and final Sonata, is notable for its eloquent themes that linger long in the memory.

Canadian pianist Paul Stewart has appeared frequently in concert throughout Canada, the USA (including Carnegie Hall, New York and the Kennedy Center, Washington), Mexico, South America, the United Kingdom, Europe, South Africa an Asia. He is often invited as guest-soloist with major orchestras in Canada and abroad, and has collaborated with such artists as James Ehnes, Maureen Forrester, Ben Heppner, Jessye Norman, Mstislav Rostropovich, Pinchas Zukerman, and the Leipzig, Prague and Moscow String Quartets. In 1995, his British début at Wigmore Hall, London was broadcast by the BBC, and a performance of Rachmaninovs Piano Concerto No.4 with the Moscow State Radio Orchestra was broadcast throughout Russia and subsequently released on a bestselling CD. Paul Stewart has been a Professor of Piano at the Université de Montréal, Canada since 2002.

This is pianism at its pinnacle. Stewarts dynamic range is amazing but through all the virtuosic wizardry that leaves one agape, there emerges an artist of poetic sensitivity who makes every measure of Medtners music sing  Fanfare