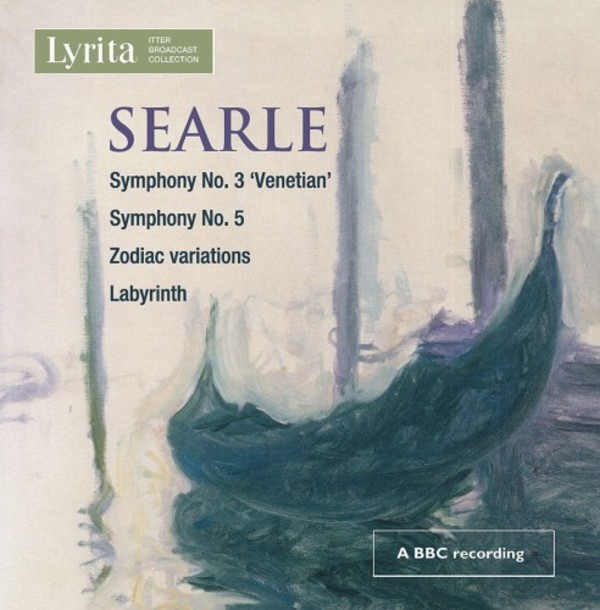 His music can be, and often is, dramatic and powerful, but it can also be tender and warm and it can also show those elements of comedy and parody which he delighted in himself. [It] is, I admit, often difficult and tough. I happen to like that. Like Charles Ives, I like to have my ears stretched. Its music which goes somewhere. It  progresses from point to point in a direct and logical way.

This tribute to Humphrey Searle (1915-1983) captures the essence of his creative output. It was given by his friend and fellow composer Peter Racine Fricker, who declared he had been fortunate to have known a person with such wit, warmth and wisdom.

The Lyrita Recorded Edition Trust Itter Broadcast Collection
In 1952 Richard Itter, the founder of Lyrita, began to make domestic recordings of BBC transmissions using state-of-the-art disc and tape recorders. He documented his collection but rarely listened to it, thus preserving a pristine archive. The Lyrita Recorded Edition Trust began a transfer programme in 2014 with the intention to release the best and rarest of these recordings to the public.