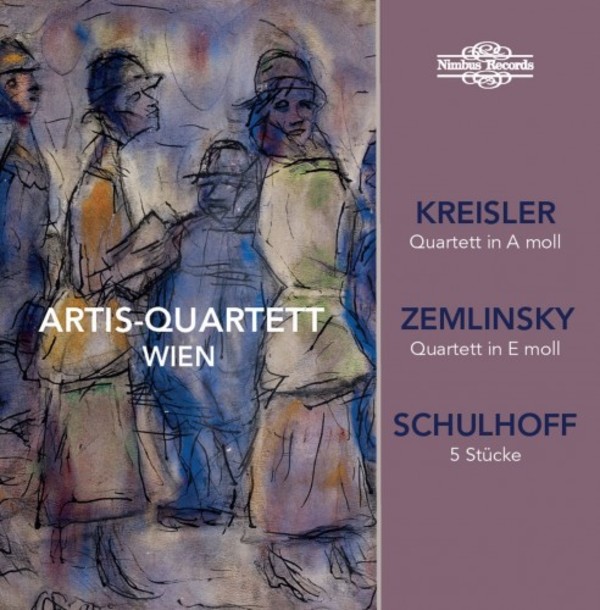 String Quartet in A minor

String Quartet in A minor

This disc features three works for string quartet written within a thirty-year period by composers whose musical careers were either fractured or prematurely terminated by the ravages of war. Each of these composers vehemently denounced and opposed such military conflicts; and each was affected by and reacted to them in different ways.

The Vienna-born violinist Fritz Kreisler joined the Austrian army at the outbreak of the First World War. Mentally and physically scarred by his experiences, he sought refuge in the USA. His String Quartet in A minor clearly reflects those years of conflict and the period immediately thereafter.

Alexander Zemlinsky remained in Prague during the First World War; but, having moved to Berlin in 1923, he was forced to leave Germany a decade later. His early String Quartet in E minor was rejected when he presented it for consideration for performance at Viennas Tonkünstlerverein in 1893 and he suppressed it thereafter; the manuscript was preserved in the Library of Congress in Washington, DC, and the work eventually appeared in print only in 1997.

Erwin Schulhoff survived active service in the Austrian army throughout the First World War but returned a changed man with a new political and musical orientation. He turned to the leftist musical avant-garde in Germany and began to cultivate various contemporary musical styles, including Expressionism, Neoclassicism, Dadaism, South American dance and jazz. The Five Pieces form a suite of dances that reflect Schulhoffs cosmopolitan background.