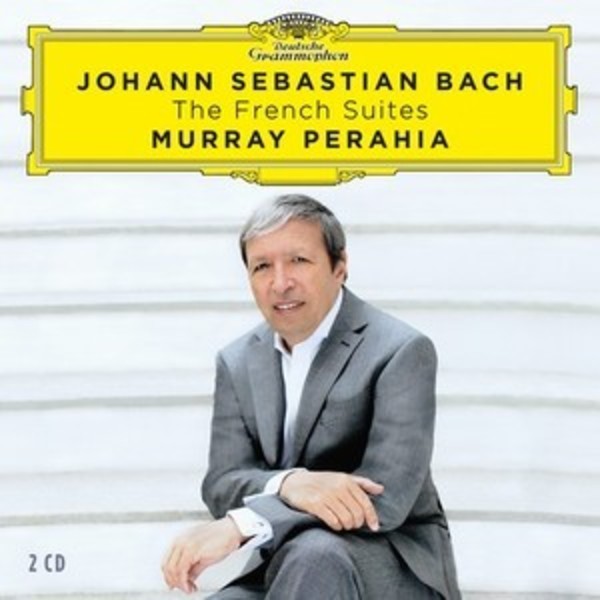 Murray Perahia has always felt a great affinity with the music of Bach, having played some of his pieces since childhood and been powerfully influenced by a performance he attended at the age of fifteen of the St Matthew Passion conducted by Pablo Casals. He also found solace in studying the composer on a daily basis during a period in which illness prevented him from playing. He sees the French Suites as Bach on the highest level, adding, I dont think Bach wrote one note that didnt have wider meanings and that wasnt to be tackled with all ones heart and soul. His recording revels in the musics diverse moods, from melancholy tenderness to out-and-out joy, and brings out every nuance of its elegant phrasing and expressive dance rhythms.

As we expect from Perahia, everything sounds natural and inevitable. Ego doesnt come into it: rather, he acts as a conduit between composer and audience with a purity that few can emulate... Perahias pacing is unerring throughout, and even if you tend to favour this movement slower, that one faster, the sense of narrative that he brings to these suites as a whole is utterly persuasive. ... Ive only had this recording for five days but I predict a long and happy future in its company.  Harriet Smith (Recording of the Month)
Gramophone November 2016

Perahia is unrivalled in coaxing a subtle dialogue in the dances that resort to the artful pared-back minimalism of the two-part invention. There's nowhere to hide, and Perahia's effortless variety of touch, love of teasing voice-leading, and conversational affability would have it no other way.  Paul Riley (Recording of the Month)
BBC Music Magazine Christmas 2016