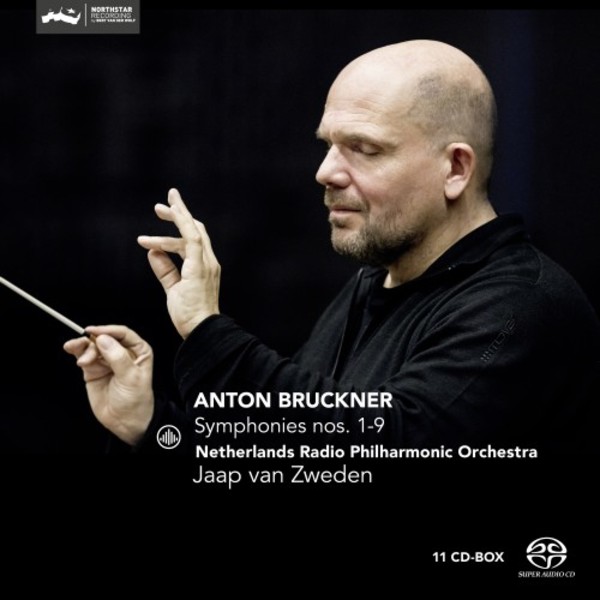 This 11-disc set is one of Challenge Classics greatest achievements to date. The quality of the performances - by both conductor and the Netherlands Radio Philharmonic Orchestra - and of the SACD recordings (2006-2013) make this Brucknerian survey a primary reference for anyone interested in the repertoire.

This is a deeply impressive Bruckner Fourth. It is one of those performances in which the reading and its realisation are of a piece: a finely considered concept that elicits orchestral playing which is at one with the music itself. - Gramophone (Symphony No.4)

Jaap van Zweden is now the leading interpreter of Bruckner's Symphonies, and has trained his orchestra to perform them brilliantly. This is a leading recommendation. - BBC Music Magazine (Symphony No.3)

It is difficult to think of a finer version of the First Symphony in the catalogue... - Gramophone (Symphony No.1)

The recording quality of this issue is quite magnificent. This performance will be presented in an intelligent, sympathetic and profoundly musical manner. This is a very important recording from an increasingly important conductor, fully deserving of the accolade 'Outstanding'. - International Record Review (Symphony No.8)