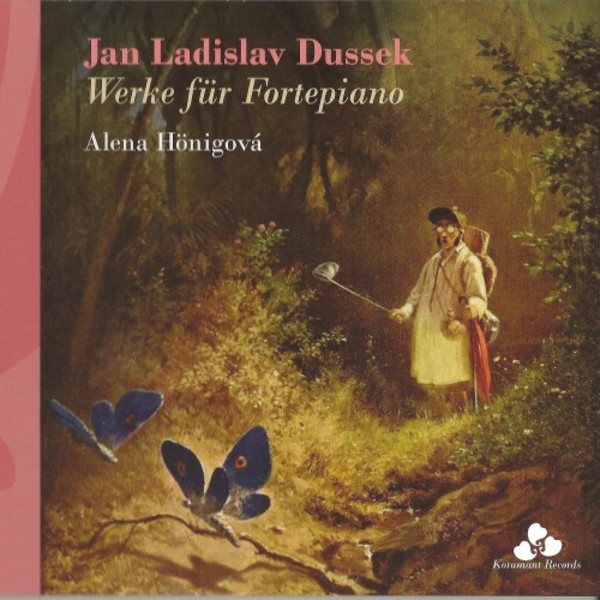 The list of publishers who issued Dusseks works during his lifetime reads like a Whos who of publishing history around 1800. In London as well as in Paris  the Bohemian musicians main places of activity  some twenty different publishing or music houses, large and small, offered piano works by Dussek to the public. Some particularly well-known sonatas appeared on the market in up to ten different editions by various publishers. And an honor accorded only a very few composers, such as Haydn, Mozart, and Clementi, was bestowed on him shortly after his death: in 181317 Breitkopf & Härtel issued a twelve-volume complete edition of the most important piano works. That after his death this so famous composer was so quickly forgotten numbers among the phenomena of musical history that are difficult to understand. On the strength of all the reports and the preserved letters, one can easily imagine that as a character and a musician, Dussek was a stimulating, imposing, warmhearted friend and colleague, both for the members of polite society as well as for his fellow musicians. He played for Marie Antoinette. Napoleon heard him. From 1804 to 1806 he was Prince Louis Ferdinands chapel-master, teacher, friend, composer, and apparently nothing less than his pal, as Louis Spohr reported in his autobiography about the relaxed life at the princes court. After Louis Ferdinands death in the battle against Napoleons army near Saalfeld, Dussek was employed from 1807 until his death in 1812 by Prince Talleyrand, the French foreign minister: successes were not lacking in Dusseks life.