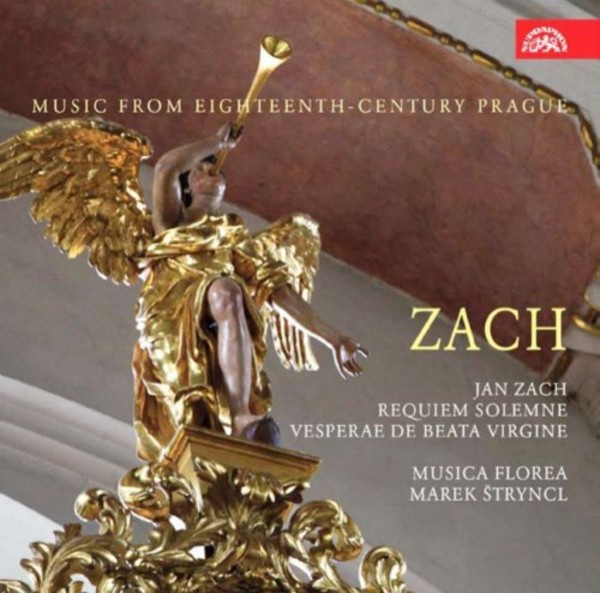 Jan Zach, a new name in this series, ranks among the "Czech music migrants" of the 18th century. However, before leaving war-struck Bohemia in 1741, when he was twenty-eight years old, he had already composed a substantial amount of music. The focus of his work lies in liturgical music - the text of the Requiem mass alone was set to music by Zach three times. His Requiem solemne in C minor was one of the most frequently performed Requiems on Prague church choirs (a fact witnessed by a great number of surviving copies) and could still be heard as late as the 20th century. Today's audiences can listen to this mass as a resounding textbook of compositional styles used at the time and admire Zach's impressive array of stylistic elements, ranging from strict counterpoint to modern coloratura arias. His Vesperae de Beata Virgine (introduced here in a latterday premiere) were also widely used in Prague in Zach's time. Here we can already trace the first echoes of the style of the Viennese classicist school. Both works give us an idea of music that sounded in newly-built Prague churches in the 1730s. Members of the internationally renowned ensemble Musica Florea have accomplished this premiere with their characteristic lively engagement.