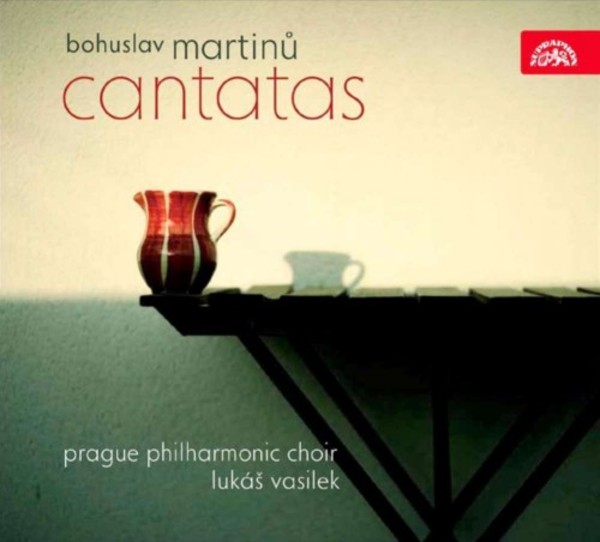 Legend of the Smoke from Potato Fires, H360
Mikes of the Mountains, H375
The Opening of the Wells, H354
The Romance of the Dandelions, H364

Legend of the Smoke from Potato Fires, H360
Mikes of the Mountains, H375
The Opening of the Wells, H354
The Romance of the Dandelions, H364

When Miloslav Bure sent his first poem Song of the Ruby Spring to Bohuslav Martinů in 1955, he seemed to have touched the deepest spot of the composers heart. The poet set his verses into the landscape of the Czech Highlands, the region of Martinůs childhood and a rich source of his memories. The composer must have identified strongly with the character of the pilgrim returning to his birthplace, because he wrote The Opening of the Springs within nine days. Later he set to music three more poems by Bure, finishing the last one, Mike of the Mountains, half a year before his death. For Martinů, the cantatas represented an important link to his homeland at a time when the political situation and later also his poor health were diminishing his hopes of coming back home. One can only imagine what he felt when he was sitting in Schönenberg, Switzerland, listening to the vinyl record with the first recording of his Opening of the Springs published by Supraphon, or when his friends were sending him reports about the Czech premieres of his works...

Recorded in the Rudolfinum, Prague, October and December 2015

Three consecutive years have brought with them CD revelations about the greatest 20th-century composer who is yet to be widely celebrated as such. ... [now] comes a cumulatively stunning presentation of four late cantatas. All based on the mixture of folk wisdom and sophisticated poetic conceits in the writing of Miloslav Bure, they celebrate the natural world and its regenerative powers in the face of human loss, disaster and failure. ... Valuable messages for our or indeed any time, and superlatively performed. Unmissable.  David Nice (Choral & Song Choice)
BBC Music Magazine March 2017

This is a singularly exotic issue for Czechs and non-Czechs alike. Four cantatas are collected here, written by Martinů between 1956 and 1959 (the year he died), during the composers phase of renewed interest in Moravian folk poetry, and all based on verses by Miloslav Bure set in the Bohemian-Moravian hills. ... I cannot imagine these cantatas being better performed or recorded than here; Luká Vasilek is an outstanding conductor, and the Prague Philharmonic Choir respond to his every interpretative intuition. Very highly recommended.  Ivan Moody
Gramophone March 2017