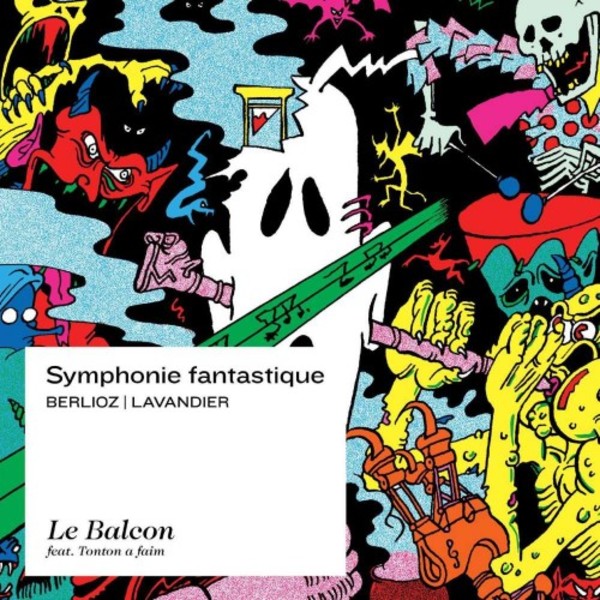 Le Balcon, founded in 2008, is an artistic collective that has made a name for itself with highly original creations (Eötvös, Boulez, Stockhausen, etc.) combining sonic and visual innovations.

In this, the very first disc made by Le Balcon and its conductor Maxime Pascal, who recently won the Nestlé and Salzburg Festival Young Conductors Award, the masterpiece of Berlioz is recomposed  or decomposed  by the young composer Arthur Lavandier and recorded in 3D sound!

The recording was made at the Conservatoire dArt Dramatique in Paris, in the very hall where the Symphonie fantastique was premiered in 1830. For the March to the Scaffold, Le Balcon, which has a very open-minded attitude to amateur music making, collaborated with a street band from Carcassonne, Tonton a faim! A final point worth noting: the bronze bells used in the Dream of a Witches Sabbath (300 and 600 kg) were cast specially for the recording by the Festival Berlioz at La Côte Saint-André.

This is the first release in a series that inaugurates a new type of partnership initiated by Alpha, which presents highly creative musical ensembles like Le Balcon while leaving them in total control of their project from A to Z, from production through to communication.