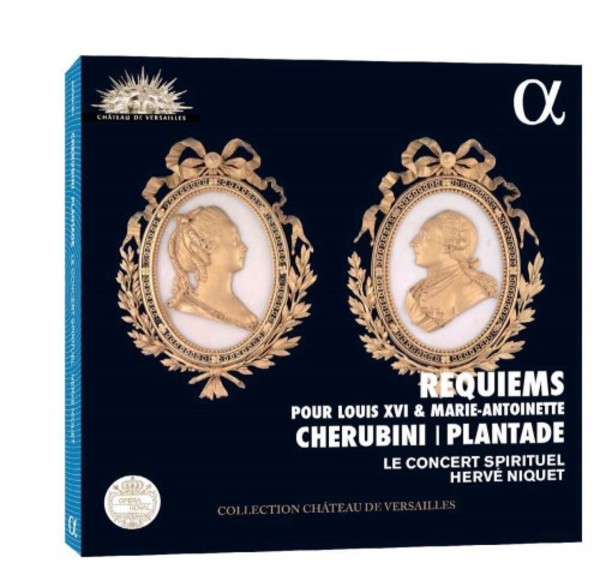 In 1817, two years after the restoration of the monarchy by Louis XVIII, the French court attended a performance of Cherubinis Requiem in memory of Louis XVI; a few years later, in 1823, the thirtieth anniversary of the death of Marie-Antoinette provided the occasion for giving Charles-Henri Plantades Messe des morts in her memory. Berlioz had just arrived in Paris, and Napoleon had recently died in exile on the island of Saint Helena. In 2015, the two works were presented in a single concert at Versailles Palace. While Cherubinis Requiem, scored for mixed choir and orchestra, but without soloists, is well known, Charles-Henri Plantades setting, which shares the same formal characteristics, is a complete discovery. It provides a striking transitional stage between the models of the Ancien Régime and early Romanticism, and displays a wealth of invention reminiscent of Méhul, Cherubini and even Rossini. This is the first recording of the work, which was revived on the initiative of the Palazzetto Bru Zane. A noted specialist in French music and large-scale sacred forms, Hervé Niquet brings out the full strength of these two works, recorded in the Chapelle Royale at Versailles, which further enrich the Alpha/Château de Versailles collection.