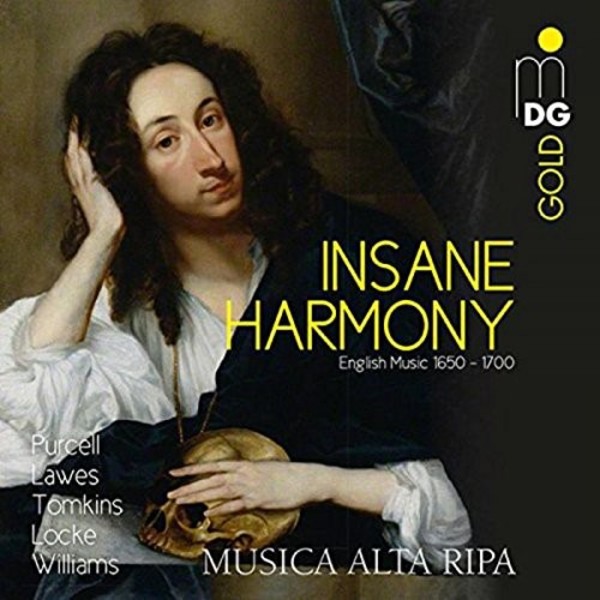 Suite in D minor for 2 violins, cello and organ

Sonata in A minor for 2 recorders and bc

Suite in D minor for 2 violins, cello and organ

Sonata in A minor for 2 recorders and bc

The members of Musica Alta Ripa, specialists for the special in early music, have explored the period in England between 1650 and 1700 and discovered plenty of individual gems. Insane Harmony now reveals this treasure trove to the rest of the world.
While Italians and Frenchmen were competing for musical primacy everywhere on the European Continent, a very characteristically British tonal idiom reigned supreme during this short period of history before foreign influences increased in importance.
Musica Alta Ripas espousal of an epoch that so far has not received much attention turns out to be a genuine instance of good fortune. With their special feel for the peculiar resonances of English music, these Hanoverian baroque specialists present a royal audio feast and with it genuine enrichment not only for early music enthusiasts.