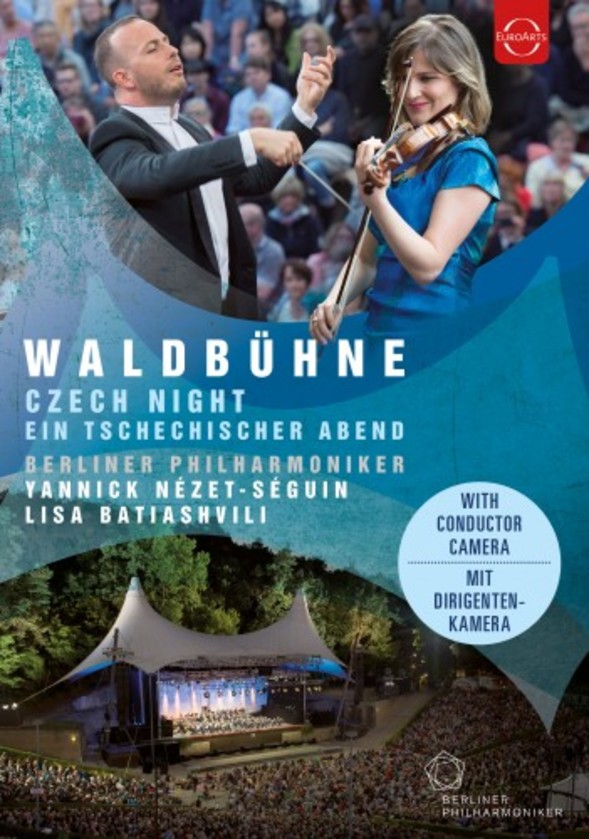 What kind of music could be better suited for the Berliner Philharmonikers legendary annual Waldbühne concert than Czech music? Its always passionate and full of verve and sure to lift everyones spirits.  Only very rarely does a young talent ascend to world stardom, but one of the few who can be considered an international superstar while still belonging to the new generation of conductors is Yannick Nézet-Séguin. He presents the much-loved Vltava (Moldau) as well as Dvořáks Sixth Symphony and Violin Concerto with the wonderful Lisa Batiashvili on the violin.

This concert is a dual premiere for Yannick Nézet-Séguin (Artist of the Year 2016 and winner of the ECHO Klassik 2014): for the first time, the Canadian is conducting the Berliner Philharmoniker at their last concert of the season at the Waldbühne. This is also his first appearance with the orchestra since his debut in 2010, with an interpretation of the two major Czech national composers, Bedřich Smetana and Antonín Dvořák.

With his orchestra cycle Má vlast, Smetana created a musical portrait of his home country; particularly the second part, Vltava, came to stand as the embodiment of Czech music. Smetana combines rhythmic and melodic elements of Czech folklore with stylistic devices of Western symphonic music.

The same applies for Antonín Dvořák, fashioning his own musical language, shaped by the Bohemian idiom, in the Slavonic Dances. Thus his Sixth Symphony contains many allusions to Czech folk songs and dances that are typical of Dvořáks music.

The Violin Concerto is also inspired by Slavic dance rhythms. This captivating piece is played by the Georgian violinist Lisa Batiashvili, acclaimed by the press as a ballerina on the violin.

Including conductor camera option: switch to the picture-in-picture or full screen in the conductors camera feature (full concert length) and experience maestro Nézet-Séguin from the orchestras perspective.

An evening in Berlin that could not have been more perfect. - Tagesspiegel

Recorded live at the Waldbühne Berlin, 2016, directed by Henning Kasten