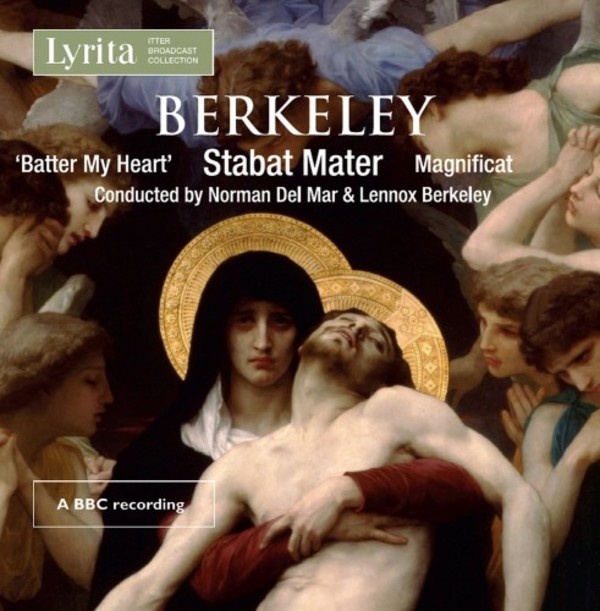 Writing in the Times Literary Supplement in 1966, Lennox Berkeley addressed directly the issue of producing sacred works: How, it may be asked, does a composer approach the task of writing religious music? Does he adopt a different tone of voice, or use a special idiom? I would say that in the case of music that is religious in subject matter but intended for the concert platform there is no problem. I cannot imagine that any composer in these circumstances would want to modify his ordinary musical idiom. Berkeleys distinctive voice is indeed utterly recognisable throughout the three religious concert pieces considered here, but in a heightened and intensified form. The palpable fervour and sincerity of these scores secures them a place amongst the very finest examples of his art. - Paul Conway
The Lyrita Recorded Edition Trust Itter Broadcast Collection
In 1952 Richard Itter, the founder of Lyrita, began to make domestic recordings of BBC transmissions using state-of-the-art disc and tape recorders. He documented his collection but rarely listened to it, thus preserving a pristine archive. The Lyrita Recorded Edition Trust began a transfer programme in 2014 with the intention to release the best and rarest of these recordings to the public.
Contents:
1-7. Stabat Mater for six solo voices and chamber orchestra of 12 players
Mary Thomas (soprano), Barbara Elsy (soprano), Maureen Lehane (contralto), Nigel Rogers (tenor), Christopher Keyte (baritone), Michael Rippon (bass), Ambrosian Singers, Members of the English Chamber Orchestra
Norman Del Mar, conductor
- BBC Broadcast 1 March 1965, St Pancras Arts Festival, Friends' House, London
8. Cantata Batter My Heart, Three Persond God for soprano, chorus, oboe, horn, cellos, double-bass and organ
Felicity Harrison (soprano), Donald Hunt (organ), BBC Northern Singers, Members of the BBC Northern Orchestra
Lennox Berkeley, condcutor
- BBC Broadcast 29 October 1963, UK premiere
9-12. Magnificat for large mixed choir, orchestra and organ
Choirs of St Pauls Cathedral, Westminster Abbey & Westminster Cathedral, London Symphony Orchestra
Lennox Berkeley, conductor
- BBC Broadcast 8 July 1968, City of London Festival, St Pauls Cathedral, London, premiere