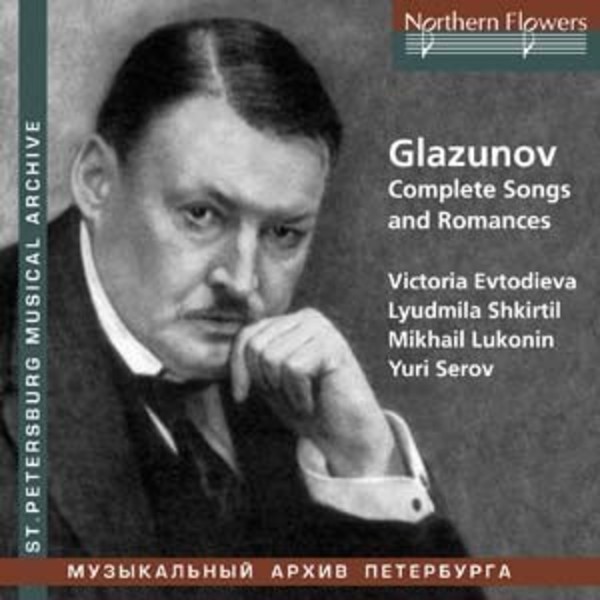 From Hafiz (Don't be lured by warlike glory)
Hey you, my free song! (Duo)
Masha is told not to cross the river
Masquerade: Incidental Music

From Hafiz (Don't be lured by warlike glory)
Hey you, my free song! (Duo)
Masha is told not to cross the river
Masquerade: Incidental Music

Vocal music was not a favorite genre of Alexander Glazunov. Just over thirty songs, including those of his youth period, but most of all his dislike of opera, indicate that the composer had no interest in writing for voice. The core and bulk of his heritage is instrumental music. Glazunov's immense intellect was inclined to exploration of pure genres such as symphony, quartet, instrumental concertos, and ballet music.
The romances and songs of Alexander Constantinovich Glazunov are released on CDs for the first time. We selected 29 of 31 finished compositions. The remaining two pieces of his young age (to Lermontovs poems As Soon As The Night With Its Veil and No, It's Not You I Love So Ardently) were left out for one clear reason. They look much less uninfluenced than other songs of the early period of composing. The vocal heritage of Glazunov is still an under-explored stratum of Russian music, and it is to be hoped that this compact disk will find its insightful and attentive listener.
Recorded at the St Catherine Lutheran Church, St Petersburg, December 2003, February & May 2004