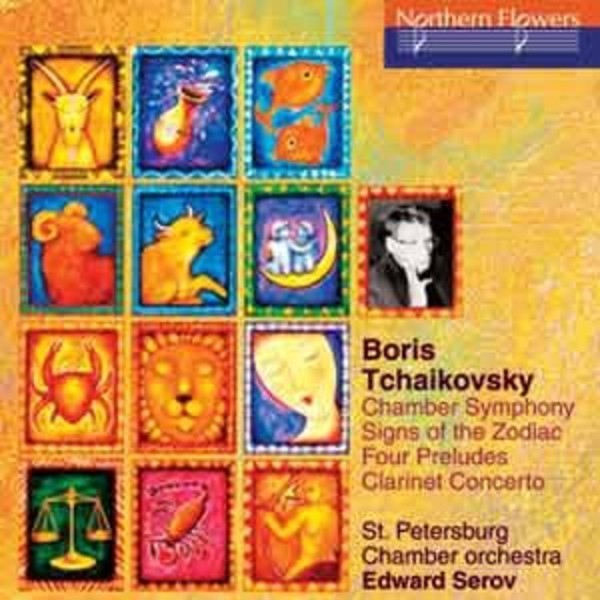 Boris Alexandrovich Tchaikovsky (1925-1996) was born in Moscow into a white-collar family: his father was an expert in statistics and economic geography, and his mother was a medic. The parents were talented individuals who worked very efficiently, knew literature and art well, and passionately loved music. The ethical principles inherited from the parents became his lifelong inner core. Boris Tchaikovsky finished school, and the Gnessin College, and entered Moscow Conservatoire in 1941, but his studies were interrupted by the war, to be resumed only in 1944. His teachers at the Conservatoire were the prominent Vissarion Shebalin, Nikolai Myaskovsky, and Dmitri Shostakovich (composition), and Lev Oborin (piano). The composers heritage is vast and comprehensive, comprising four symphonies, a Sinfonietta, a Chamber Symphony, concertos for clarinet, cello, violin, and piano with orchestra, six string quartets, numerous chamber compositions, vocal cycles, and music to more than 30 motion pictures.
Recorded at the Capella Concert Hall in 1985 and 1986