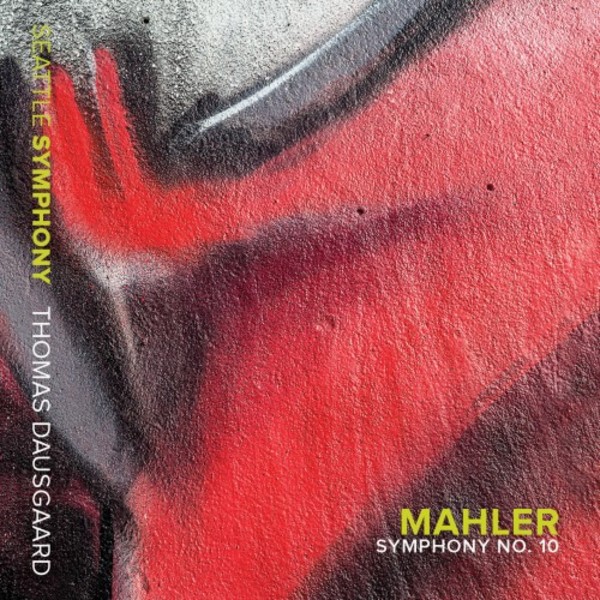 Symphony no.10 in F sharp major (version by Deryck Cooke)

Symphony no.10 in F sharp major (version by Deryck Cooke)

A powerful and moving document of unforgettable live performances of Mahlers Symphony No.10 (Deryck Cooke final version), with the Seattle Symphony under its Principal Guest Conductor Thomas Dausgaard.

Of the live performance The Seattle Times wrote, It was impossible to be in the house and not realize that something rare and significant had taken place.

More than half a century since Deryck Cookes performing version of the draft first saw the light of day, and three-and-a-half decades since Simon Rattles groundbreaking Bournemouth recording of the score, this new recording from the Seattle Symphony and Thomas Dausgaard may well be the finest hour-and-a-quarter yet for Mahlers Tenth. As with Osmo Vänskäs recent disc of Sibeliuss Third, Sixth and Seventh symphonies, an old-world conductor and new-world orchestra join forces to give us a performance that raises the bar to new levels, with stunning recording and playing of shocking immediacy and expressive involvement. There are plenty of moments where you have to remind yourself that this is just a normal CD rather than an all-the-frills SACD or DVD-audio, so vivid and detailed is the sound, but its the performance (taken from live concerts) that is the real clincher here.

In his highly personal booklet musings, Dausgaard demonstrates just how closely he has engaged with Mahlers last, incomplete symphonic utterance, but its not necessary to subscribe to every detail of his biographical speculation in order to appreciate the depth of feeling here. After the initial, probing viola line that so memorably and painfully tests the waters, theres a sumptuous quality to the first consoling tutti that quite rightly never entirely masks the edginess of the music, as Mahler explores the extremes of his musical world. Those extremes erupt in the great A flat minor outburst, which hits the listener right in the stomach  no opulent sinking into the sound here à la Daniel Harding and the Wiener Philharmoniker: the Adagio alone leaves you drained. The first Scherzo has real bite and tremendous power, but its in Part II that the musical demons truly come into play. The short Purgatorio movement has moments of grace, but the passions are already unleashed as Mahler pushes his nightmarish visions to new limits in music of disconcertingly transparent scoring. Scherzo II has real sweep and intensity, Dausgaard never forgetting the poise of the dance-world models that lie behind this fiercely personal music.

As the movement unwinds to take the listener down to depths, the biggest shock of all: the sheer force of the muffled bass drum thwacks that announce the incomparably bleak beginning of the darkness-to-light finale. And this is the most memorable movement of all in this performance. A flute solo of ravishing tenderness and delicacy against a soft halo of strings. Battle soon recommences, the nine-note crunch chord from the Adagio returning before the viola theme is heard on horns that appear to match any others in the world. And then the final ascent, what David Matthews has called Mahlers victory of love over death. With beautifully deployed string portamenti, the final pages emerge, even in their unfinished state as the greatest that Mahler ever penned (yes, there are plenty of moments on this disc when you have to remind yourself that this is still essentially a performance of a draft).

Its not just the supreme conviction and musicianship of this performance that draws the listener in, but also the quality of the sound. With violins divided antiphonally, left and right, cellos and basses to the centre-left, and a close-ish but never dry microphone placement, the textures, from the starkest to the most opulent, are astonishingly clear, the dynamic range huge, and details exceptionally vivid (try the subterranean tumult in the basses 25 seconds into Scherzo I). At every point, the recording matches playing that is demonstrably world-class.

If youve ever had doubts about this work, whether from a purely musical point of view or concerning the ethics of performing a symphony that was never completed by its composer, you need to hear this disc. Its a performance for the ages, and more than enough to silence all but the most puritanical criticism. Simply outstanding.

Thomas Dausgaard adopts the familiar Deryck Cooke performing version but gives it a potent new slant. If you only know the conductor from his buoyant post-authenticist work with the Swedish Chamber Orchestra you may be surprised by his force and conviction as a Mahlerian. Three concert performances, dedicated to the victims of terrorist attacks in Paris and Beirut, have been edited together to make a convincing own-label release and I should say at once that the standard of execution is astonishing given that the Seattle Symphony had never previously encountered the complete score. I cant remember hearing a more turbulent and propulsive rendition, nor one that does so much to address the string-heavy bias of the Cooke realisation. ... This exceptional issue from the Pacific Northwest ought to be a game-changer for all concerned.  David Gutman (Recording of the Month)
Gramophone Awards issue 2016