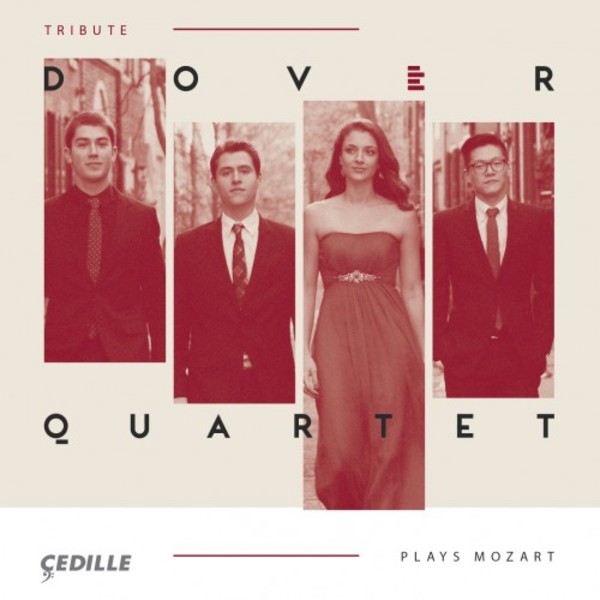 The Dover Quartet, the young American string quartet of the moment (The New Yorker), makes its recording debut with an all-Mozart album on Cedille Records honouring the soaring young ensembles illustrious teachers and coaches, the Guarneri Quartet.

The Dovers debut album recalls the Guarneris own all-Mozart debut album on RCA Red Seal 50 years ago (1966), which featured Mozarts final two string quartets  in B flat major, K589, and F major, K590. The Dovers album on Cedille adds Mozarts Quintet in C minor, K406, performed with none other than Michael Tree, the Guarneris founding violist and one of the Dovers most valued mentors.

The Chicago Tribune proclaimed, The Dover Quartet players have it in them to become the next Guarneri String Quartet  theyre that good. The Tribune cited the groups expert musicianship, razor-sharp ensemble, deep musical feeling and a palpable commitment to communication. The Washington Post urged chamber-music lovers to put the Dover Quartet on their to-hear list. The New York Times described the quartets playing as sublime.

Formed in 2008 at Philadelphias Curtis Institute of Music and recently appointed as faculty quartet in residence at Northwestern Universitys Bienen School of Music, the Dover Quartet has won multiple awards, including the Grand Prize and all three Special Prizes at the 2013 Banff International String Quartet Competition and the Cleveland Quartet Award in 2015.

The album was produced and engineered by multiple Grammy-winner Judith Sherman.