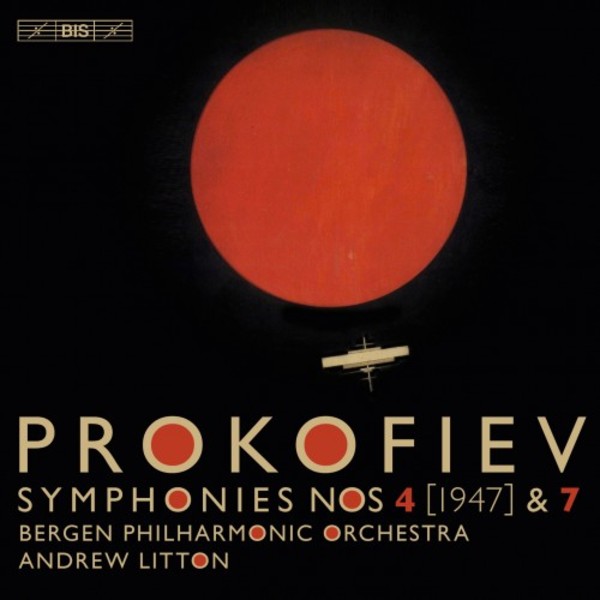 There is nothing unusual about a composer returning to a major work; however, among such works Sergei Prokofiev's Fourth Symphony is a unique case in that it exists in two such different versions that the composer considered them quite separate works and gave each its own opus number. Composed in 192930, the first version, op.47, met with lukewarm response at its Boston and European premières. In 1947 Prokofiev decided to return to the symphony, producing not so much a revision as a complete reworking of the original material. The differences between the versions are too many to detail, but the main point is that the 1947 version, given the opus number 112, is a much bigger and more ambitious score.

Some four years later Prokofiev began work on what would become his last major work, Symphony No.7 in C sharp minor. The composer announced that he aimed at simplicity and was writing a symphony for children, a statement that was possibly influenced by the fact that in 1948 had was accused of formalism by the Soviet authorities. In any case, there is nothing childish  or simple  about the work. After the first performance, Prokofiev was persuaded to change the ending, adding a more upbeat and optimistic twenty-bar alternative to the original coda. Both endings are included on the present recording, giving listeners the opportunity to judge the very different effect each makes. The disc is the third instalment in a Prokofiev cycle from Andrew Litton and the Bergen Philharmonic Orchestra.

With this golden performance of the revised Fourth Symphony, Prokofiev's Soviet-era rearmament of music from the ballet The Prodigal Son, Andrew Litton's already fine championship of the composer scales new heights. ... For the Seventh, Litton gives us two finales  one with the quite ending, one with the extra romp for popular acclaim.  David Nice (Orchestral Choice)
BBC Music Magazine Christmas 2016