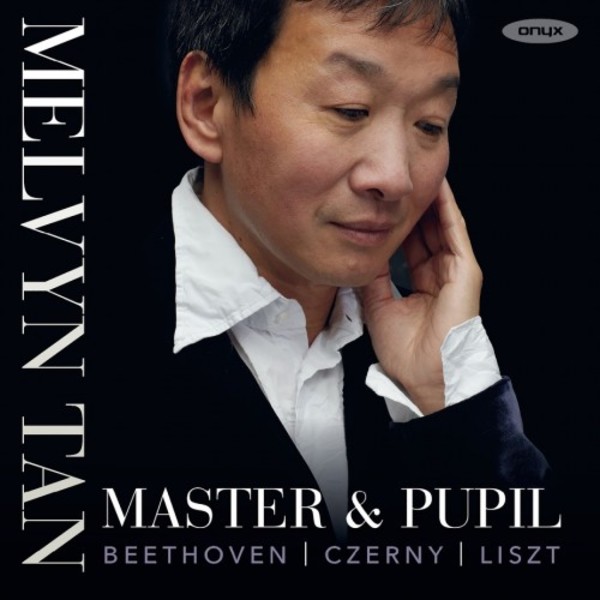 Melvyn Tan has a strong association with the music of Beethoven having made pioneering recordings for EMI of the 5 Piano Concertos and the Choral Fantasia with Sir Roger Norrington and the London Classical Players. He also made several discs of the sonatas, and one very special recording on the then newly restored Broadwood piano that was Beethovens own instrument. On this disc Melvyn plays on a modern Steinway. The theme of the CD is Master & Pupil. Focusing on three of the great pianist composers of the 19th century who represent the beginning of a long line of masters and pupils that can be traced to the present day via Martin Krauss and Edwin Fischer to Alfred Brendel and Paul Lewis.

The young Carl Czerny (along with Ferdinand Reis) became a long term pupil and friend of Beethoven at the early age of 10, performing some of the concertos, and working with Beethoven on preparing works for their premieres  not an easy task. A brilliant virtuoso and a highly skilled (if over-productive) composer, his legacy lives on to this day in his studies  every pianist will have come across these. His reputation was held in high regard by Liszt, Brahms and Debussy, and it was the young Liszt that Czerny took under his wing in 1819. Liszt later dedicated his Transcendental Studies to Czerny. In 1823 Beethoven saw the 12-year-old Liszt perform and after kissed the child on the forehead. Liszts monumental B minor Sonata is the true heir to Beethovens visionary late sonatas.

His performance of Liszts Sonata in B minor may not be as grandly impassioned or mercurial of mood as some, but Tans performance, full of long, graded crescendos and with a convincing large-scale shape, is finely judged and ultimately very persuasive.  Erica Jeal
The Guardian 30 September 2016