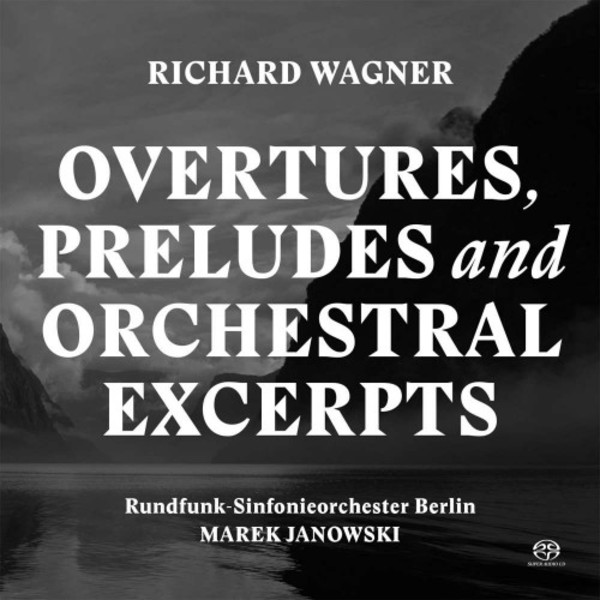 Celebrating the conductor Marek Janowskis triumphant Ring cycle at the 2016 Bayreuth Festival, Pentatone rounds off his groundbreaking survey of Wagners operas with the release of a double album featuring orchestral highlights from the series.
Recorded in Pentatones state-of-the-art, multi-channel surround sound, the album contains the popular overtures and preludes from Der fliegende Holländer, Lohengrin, Tannhäuser, Tristan und Isolde, and Die Meistersinger von Nürnberg, as well as orchestral excerpts from Siegfried, Götterdämmerung and Parsifal. Also included is the previously unreleased Siegfried Idyll, the symphonic poem that Wagner wrote for the birthday of his wife Cosima.
The overtures, preludes and interludes in Wagners operas have always had broad appeal with audiences for their heady, intoxicating atmosphere and vivid orchestration. During Wagners lifetime, his contemporaries made arrangements and potpourris from the operas to satisfy an ever enthusiastic public, bowdlerising Wagners scores in the process. In these vibrant recordings, however, Janowski remains faithful to Wagners original vision and uses conclusions either written or authorized by Wagner himself.
This release is accompanied with notes on the music by the dramaturge and musicologist Steffen Georgi.