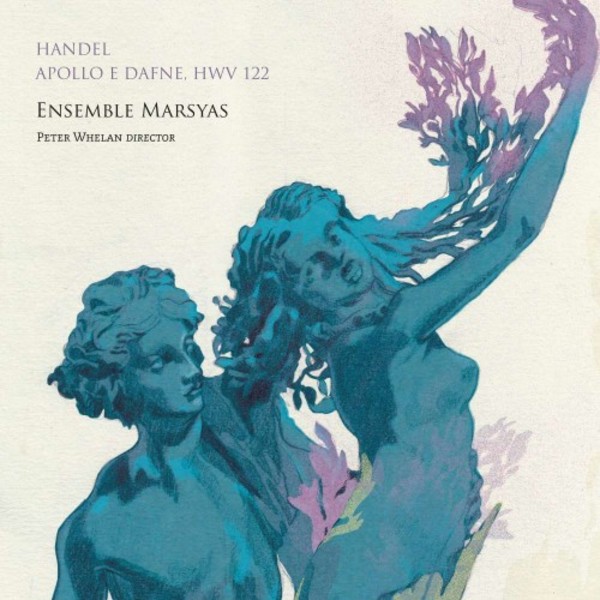 Apollo e Dafne is one of Handel's most ambitious cantatas, giving an early indication of what was to be a brilliant operatic career in the next thirty years of his life. Having established a fine reputation as an instrumental ensemble with critically acclaimed recordings of music by Zelenka and Fasch, this is the first foray into vocal music for Ensemble Marsyas.

Due to the original overture not surviving, Ensemble Marsyas has substituted Handels overture to Il pastor fido; its pastoral nature is perfectly juxtaposed with the more dramatic cantata which follows. Il pastor fido was described by 18th-century music historian Charles Burney as one of the most masterly and pleasing of the kind.

Fans of Ensemble Marsyass instrumental performances will also be pleased to see the inclusion of two recital pieces for wind band, which gives the core members a chance to shine. The Edinburgh based chamber group comprises the best of a new generation of musicians specialising in early music across Europe. Ensemble Marsyas has appeared at the Göttingen Handel Festival, the East Neuk and Lammermuir Festivals, the Great Music in Irish Houses Festival and the Zelenka Festival in Prague.

Peter Whelan is the founder and Artistic Director of Ensemble Marsyas; directing from the harpsichord, this album marks his conducting debut. Equally at home on modern and historical instruments, Peter Whelan has a diverse repertoire spanning over four centuries and is in constant demand as a soloist, chamber musician and director.

There are cocky arias for Apollo (the rich and weighty voice of Callum Thorpe) and gorgeous passages for the nymph Daphne, sung with finesse if some pointy edges by Mhairi Lawson. But its the instrumental playing that stands out: pert, shapely, spicy, full of drama.  Kate Molleson
The Guardian 9 September 2016