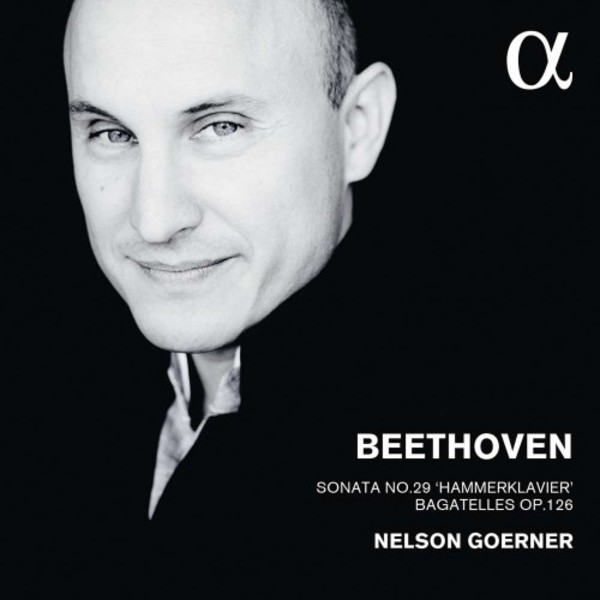 He is nicknamed the poet of the piano, an epithet confirmed by each of his appearances in concert or on record, most recently with his multi-award-winning Debussy and Chopin CDs. Nelson Goerner already has an imposing discography, but this is the first time he has tackled Beethoven on a recording: he has chosen the Hammerklavier, a work of unparalleled dimensions, complexity and profundity ... But is this artist, whom a Buenos Aires newspaper praised after a recital at the famous Teatro Colón for his ability to combine intellectual lucidity, undeniable depth, and a technical ease that enables him to express his ideas, not the perfect interpreter for that monumental composition? Here is a sonata that will make pianists work hard, said Beethoven to his publisher after labouring on it for almost three years, at a time when his deafness was constantly worsening. Forty-five minutes of immense difficulty for the performer (and also the listener?): between a first movement as fiery as Beethoven ever wrote and a finale that seems to foreshadow jazz improvisations, comes a splendid and deeply moving slow movement that Goerner renders with deep emotion. He then invites us to move from the monumental to the miniature, with the Six Bagatelles op.126, subtle gems of late Beethovenian style, constructed with formidable skill.

Goerners Hammerklavier is about flight, variety of shapes, sounds, ideas and precision of communication. ... Phrases are imbued with life and meaning but, equally importantly, they are separated by breath, lending them intelligibility. ... The fugue seems the animated conversation of three highly articulate, voluble individuals, occasionally disputatious, always fascinating. You can follow their every word. But dont let their discourse draw you too near. Sparks occasionally fly. If ever there were an effortless Hammerklavier finale, this is it.  Patrick Rucker
Gramophone October 2016