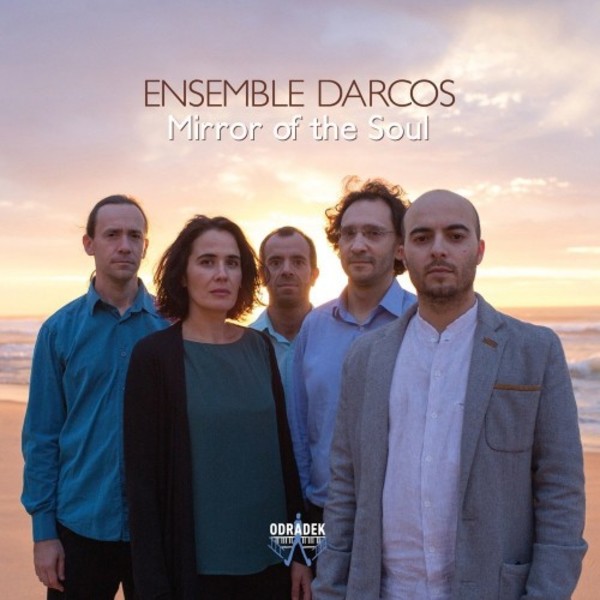 Mirror of the Soul: New Piano Quartets from Portugal

Espelho da alma (Mirror of the Soul) for piano quartet

Espelho da alma (Mirror of the Soul) for piano quartet

In Portugal, a proliferation of new musical styles has been marked by the output of a notable group of composers, including Eurico Carrapatoso, Sérgio Azevedo, Nuno Côrte-Real, and Daniel Davis. These composers aspire to write music which is expressive human, perceptive, free, and this disc boasts some of their most fascinating chamber music.

Eurico Carrapatoso is one of the most popular living Portuguese composers owing to the wisdom and clarity of his writing, the subtlety of his orchestration, and the poetic and lyrical qualities of his music. His piano quartet Espelho da alma ("Mirror of the Soul"), composed in 2009 for Ensemble Darcos, comprises seven short pieces based on traditional Portuguese melodies, brilliantly encapsulating different types of Portuguese folk music.

Sérgio Azevedo shows some stylistic affinities with recent composers such as Magnus Lindberg and the late Sir Peter Maxwell Davies. Yet his music is the result of a synthesis of modernity and tradition, marrying constructive rigour with clarity of perception. V mlhách1912 ("In the mists1912") refers to a 1912 piano piece by Janáček called In the mists. Azevedo begins with three short fragments from the Janáček, and through reorganization and metamorphosis, constructs a new work of profound beauty.

The work of Nuno Côrte-Real is characterised by melodic lyricism, energetic rhythmic writing, and transparent harmony. Lembras-te, meu amor, das tardes outonais..., for piano quartet (2014) is inspired by a poem, Elegia do amor, by the Portuguese poet Teixeira de Pascoaes. The intricate first section evokes the poem's nostalgic atmosphere; the central section is a long, hypnotic passage, and the finale makes use of rhythmic and motivic play between the strings and the piano.

The young Daniel Davis has proved himself one of the most notable composers of the younger generation. His music concentrates on resonance, the exploration of atmospheres, and shows a refined timbral sensitivity. Viagens, for piano quartet, was composed in 2013 for Ensemble Darcos. The imaginative and varied writing oscillates between Stravinskyan rhythmic vigour and lyrical, contemplative landscapes.