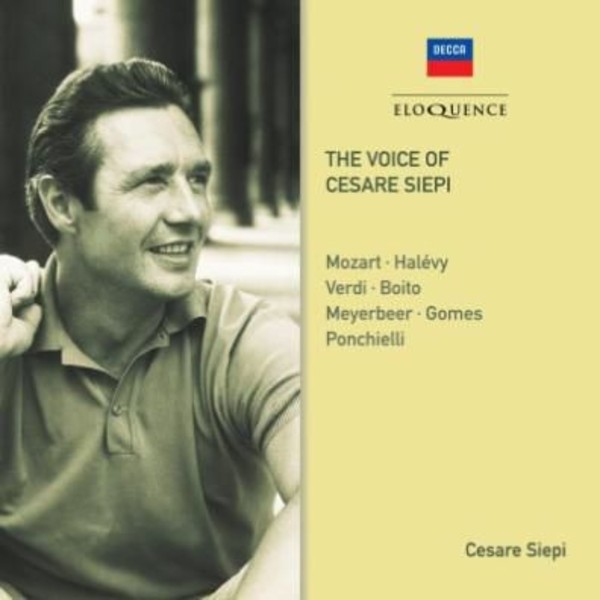 The Voice of Cesare Siepi

In the 1950s and much of the 60s, the great bass roles in the Italian repertoire, and the title part in Don Giovanni, were synonymous with the name of Cesare Siepi.

Gifted with a commanding presence on stage and a firm, sonorous, pliant basso cantante  a true successor to the mantle of Pinza and Pasero, his great Italian forebears  he was in demand in all the major houses of the world. At the same time Decca used him regularly for complete recordings of opera; he was a renowned interpreter of Verdi.

Many of these arias come from a recital he committed to disc in 1954, when his voice was at its sappy best. In 1957 he was the natural choice for the implacable Alvise in La Gioconda, here telling his unfaithful wife that she is about to die for her adultery. He was also inevitable casting for the 1958 recording of Boitos Mefistofele, whose two solos are given with relish and a spirit of negation just right for the incarnation of the devil so sharply caught in Boitos writing.

anyone in doubt still of the artistic progress of the present singer might well begin by hearing the grand, not to say majestic, fashion in which he handles both the minor section and flowers out into the consoling major theme [of the Boccanegra aria]. It is Verdi most nobly done. [] first rate - (Verdi: Simon Boccanegra, Gomes, Meyerbeer, Halévy) Gramophone, June 1955