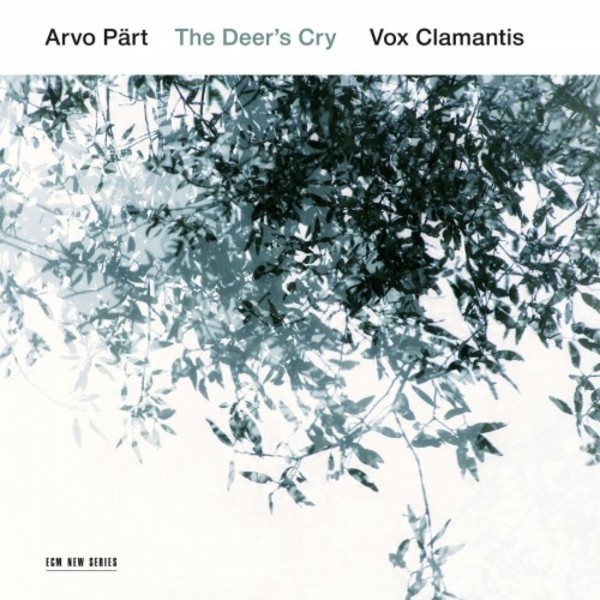 The second ECM New Series album to fully showcase Estonian vocal group Vox Clamantis is devoted to compositions by their great countryman, Arvo Pärt  whose music has been the most performed globally of any living composer over the past five years from his 75th birthday leading up to his 80th last September.

This album  titled The Deers Cry after its opening track, an incantatory work for a cappella mixed choir  is also the latest in a long, illustrious line of ECM New Series releases to feature Pärts compositions, the very music that inspired Manfred Eicher to establish the New Series imprint in 1984. Along with such classic works as Da Pacem Domine, the new album includes first-time recordings of the a cappella pieces Drei Hirtenkinder aus Fátima and Habitare Fratres. There is also an a cappella version of Alleluia-Tropus, which Vox Clamantis previously recorded alongside instruments for the Grammy Award-winning ECM New Series album Adams Lament.

... the level of artistry necessary to achieve the kind of living, breathing performance given here by the Estonian choir Vox Clamantis is a rarity. ... Paul Hillier and Stephen Laytons recordings remain indispensable, but this grippingly authentic and superbly sung collection may now be the finest single-disc introduction to Pärts music.  Terry Blain (Choral & Song Choice)
BBC Music Magazine February 2017