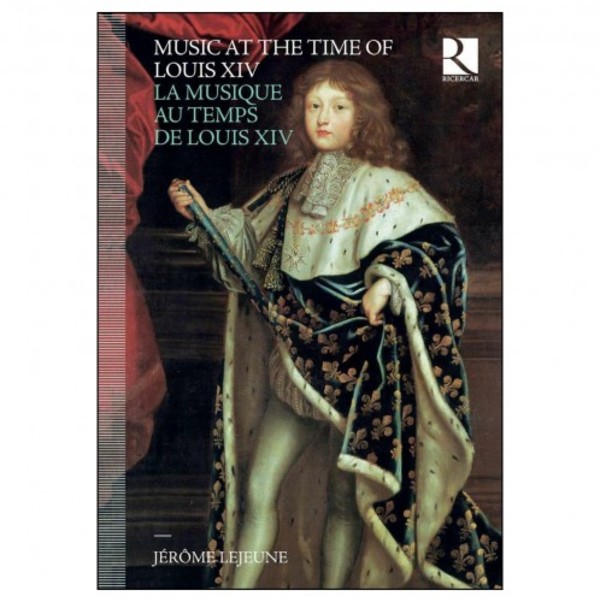 Music at the Time of Louis XIV

After the Musical Europe of the Renaissance (RIC 106), this journey through the history of early music, marked out by Jérôme Lejeune, arrives at the Baroque era. Here, after Italy in Monteverdis time (RIC 107), we have music in France under the reign of Louis XIV.

MUSIC IN THE DAYS OF LOUIS XIV
French music of the Grand Siècle has its roots in the polyphonic tradition of the Renaissance. During the reign of Louis XIV, the longest in the history of France (72 years), French music imposed itself as an important alternative to the Italian style, which seemed to conquer the rest of Europe quite quickly. Courtly music imposed its models in the capital, and provincial cities tried to keep pace with the means at their disposal. With the courts institutions (La Chapelle, LÉcurie, La Chambre du Roi, the XXIV Violins or the Académie royale), France created models that would prolong Louis XIVs Century during the Age of Enlightenment. The suite, the ouverture, the tragédie en musique, the grand motet and solo motets stand out as powerful identities of French music.