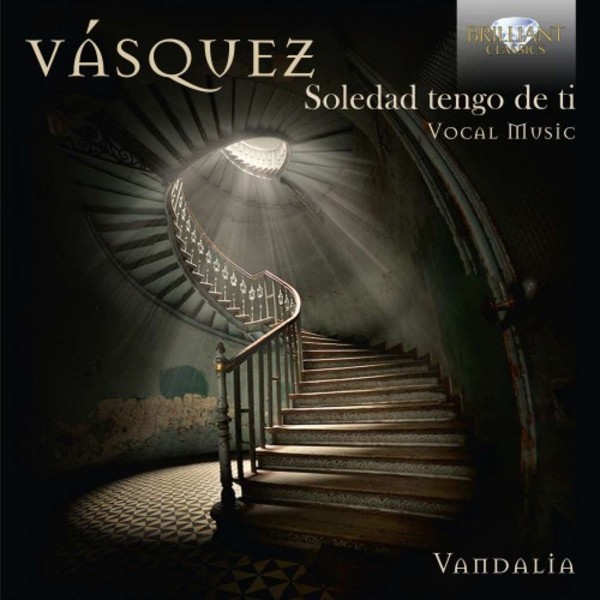 Active around the first half of the sixteenth century, Juan Vásquez was a fully fledged representative of the Sevillian school of the Golden Age. He knew and admired Guerrero and Morales and their music. He served as a master of music in the cathedrals of Plasencia, Badajoz and Palencia, and he was ordained as a priest, but his most fruitful occupation  and his most lasting legacy  was in the field of secular music. He focused especially on the villancico that was so popular in the fifteenth century, taking it to the height of its development and splendour.

Vásquez was, then, no pioneer, but a consummate stylist who developed and broadened the villancico genre, paying special attention to the text, and bringing it closer to the Italian madrigal. Love is the theme, whether lost, found or unrequited. He combined traditional texts and songs from Castilian and Andalusian folklore with new texts from lyrical love poetry from sixteenth-century Spain: popular and peasant melodies, either original or recreated with others of a courtly and more galant style. The works selected for this new album have been taken from both of his collections, published in 1551 and 1560. They include several previously unrecorded items.

In the preface to the collection from which this music was taken, Vásquez himself expressed his intentions to dress the spirit of the lyrics, of the body and music that suits it best. He offered his work in this second genre of lively music [] for the unoccupied hours of real business, and with this I hope it will provide everyone with the happiness I wish them. A worthy aim, amply fulfilled by the Andalusian vocal ensemble Vandalia: a quartet of solo voices accompanied by an Iberian harp.

The booklet includes a comprehensive introduction to the music of Vásquez, original sung texts and modern English translations.