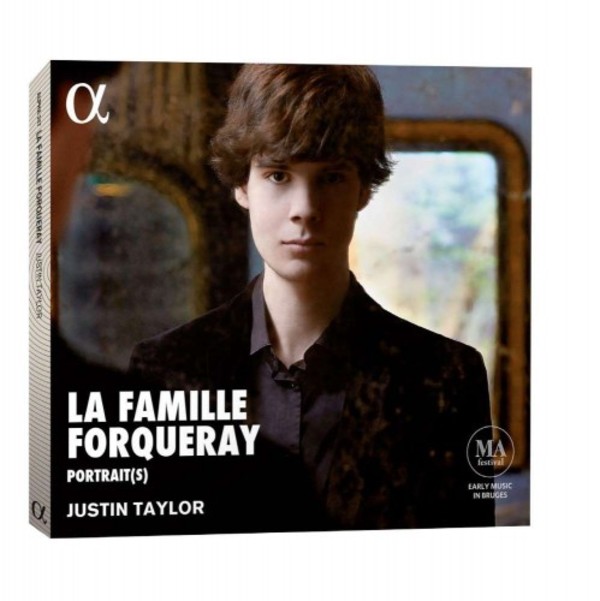 Justin Taylor, the winner of the 2015 edition of the celebrated harpsichord competition of the Musica Antiqua Festival in Bruges (which has honoured some of the worlds finest players, including Scott Ross, Christophe Rousset, Pierre Hantaï, Benjamin Alard, and more recently Jean Rondeau), has recorded for Alpha Classics a programme of music by the Forqueray family: Antoine, Michel, Jean-Baptiste, Nicolas- Gilles . . . Those are just some of the first names of a great dynasty of French composers, gambists and organists. Antoine Forqueray, born in 1672, obtained the highly coveted position of Musicien de la Chambre du Roi. He subsequently had, shall we say, a complicated relationship with his son Jean-Baptiste, born in 1699 . . . Envious of the boys talent for the viol, Antoine had him imprisoned when he was just sixteen years old!

The recital, as well as painting a musical portrait of this unique family, also offers a chance to reflect on the issue of transcription. In fact, the suites performed here on the harpsichord were originally written for viola da gamba. The passage from one instrument to another, from one soundworld to another, sheds new light on the music and allows us to grasp its full originality.

Two aspects of [Taylors] interpretation stand out: the breathtaking range and subtlety of his rubato and the unexpected slivers of rhetorical silence he deftly inserts. ... Winning first prize at the 2015 Musica Antiqua Festival in Bruges enabled Taylor to make this recording, which itself is destined to win him fresh accolades.  Julie Anne Sadie
Gramophone November 2016