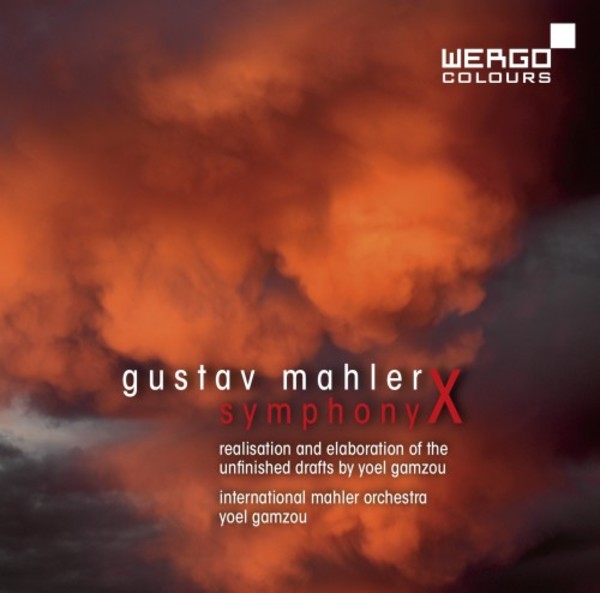 Symphony no.10 in F sharp major (version by Yoel Gamzou)

Symphony no.10 in F sharp major (version by Yoel Gamzou)

Gustav Mahlers Symphony no.10 is the last and only unfinished symphony in his complete oeuvre. On 5 September 1910 Mahler wrote his last notes: exactly 100 years later, the 23-year-old conductor and composer Yoel Gamzou presented with great success his new reconstruction of this extraordinary work. The world première with the International Mahler Orchestra took place at the Ryckestrasse synagogue in Berlin as part of the Jewish Cultural Days 2010.

Yoel Gamzou first came in contact with the Adagio from Mahlers unfinished 10th Symphony when he was about 12 or 13 years old, whilst fishing curiously amidst a jungle of books and scores in a local library.

Already at first glance, it was obvious to me that this symphony has  or indeed would have had, considering it was almost lost and forgotten for decades  a unique meaning in musical history. When I discovered that it was only the first movement of a large unfinished symphony, I instantly started investigating.

I became indescribably fascinated and intrigued, in fact hypnotized, by the sheer magnitude of meaning and content hiding within this manuscript. It was immediately clear to me that the piece was entirely thought-through and that the meaning behind this hurried testament was an almost unbearably painful albeit thoroughly planned legacy. It seemed like the sketch was staring at me demanding to be heard, like a message in a bottle that hasn't really been found, let alone entirely understood, for almost a century. - Yoel Gamzou

None of [Yoel Gamzous] additions seems to add anything substantial to what, thanks to Cooke and his assistants, we already know of this extraordinary work. But, though what Gamzou has done may sometimes seem superfluous, it never traduces the spirit of Mahlers original, just as his choice of tempi and often self-indulgent rubato tend to be irritating rather than destructive. There are transfiguring moments in his performance, too: the long flute solo that floats over hushed strings near the beginning of the Finale is as beautiful as its ever been on disc. Mahlerians will certainly want to hear what this all adds up to, even though they will probably revert to their own favourite performances of the Cooke version afterwards.  Andrew Clements
The Guardian 2 September 2016