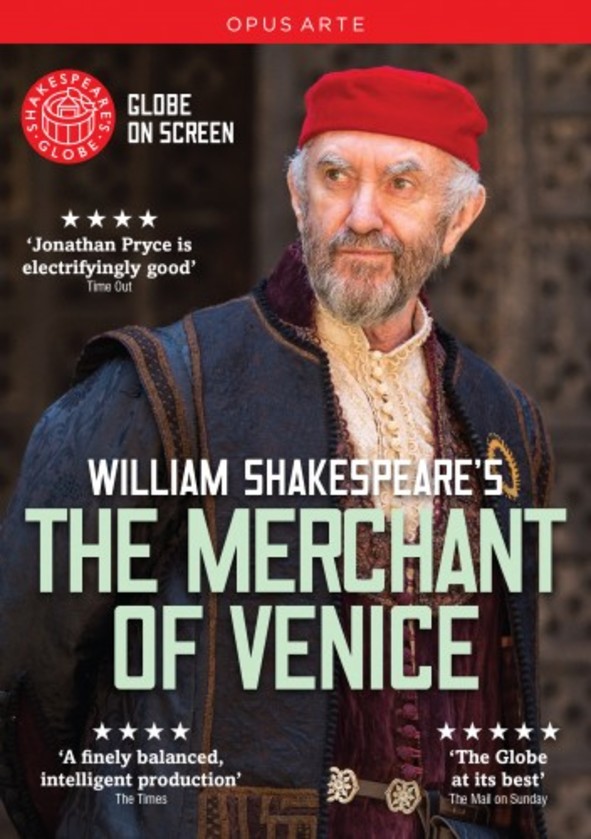 Shakespeare - The Merchant of Venice (DVD)

The Merchant of Venice

The Merchant of Venice

Portia, a wealthy heiress of Belmont, is forced to set her suitors a challenge. The winner will win her hand in marriage; the losers will lose her hand and much more. In Venice, the epicentre of consumption, speculation and debt, Bassanio borrows money from his friend Antonio to finance his attempt. Antonio, in turn, takes out a loan from the moneylender Shylock. The loan will be repaid when Antonios ships return to the city. But if the ships fail to return, and the money cannot be repaid, Antonio will give to Shylock a pound of his own flesh. And they do fail. And Shylock will have his bond.

In some of his most highly-charged scenes, Shakespeare dramatises the competing claims of tolerance and intolerance, religious law and civil society, justice and mercy; while in the character of Shylock he created one of the most memorable outsiders in all theatre.

Recorded live at Shakespeares Globe, May 2015