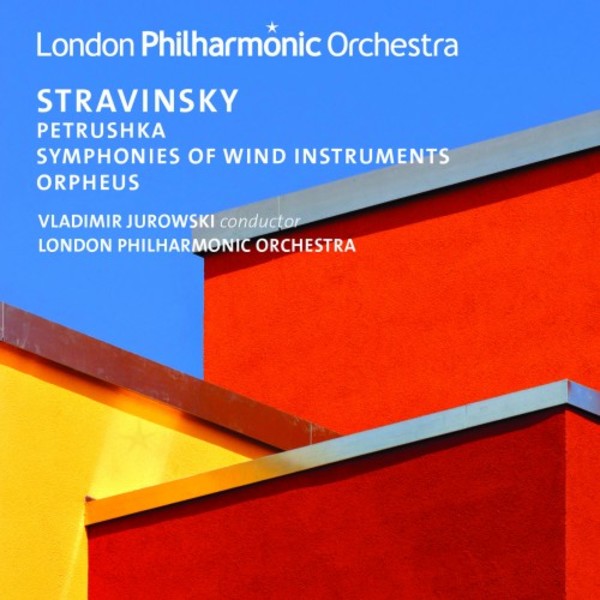 This recording features one of todays most sought-after conductors, Vladimir Jurowski, who was appointed Principal Conductor of the London Philharmonic Orchestra in 2007, with many of his recordings on the LPO Label being chosen for special mentions by BBC Music magazine and Gramophone magazine.

Igor Stravinsky was a master of evocative composition, and these three works performed by the London Philharmonic Orchestra and Vladimir Jurowski showcase his incredible versatility of style, and feature one of his most colourful and wide-ranging scores, Petrushka. The antics of a puppet endowed with life are the central focus of this large-scale ballet.

Stravinskys original version of Symphonies of Wind Instruments composed in 1920 is heard alongside Petrushka, a piece he descibed as an austere ritual which is unfolded in terms of short litanies between different groups of homogeneous instruments. Classical elegance and restraint are brought into focus in the first new recording of Orpheus since 2009.

This release marks the first all-Stravinsky release on the LPO Label since it was established in 2005. It is also significant in being Vladimir Jurowskis first ever recording of these three works.

This recording is taken from live concert performances at the Southbank Centres Royal Festival Hall on Saturday 6 December 2014 and Saturday 21 March 2015.