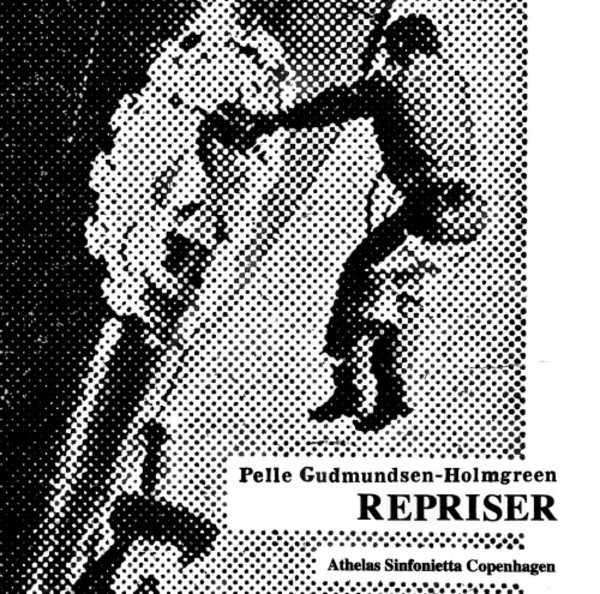 The music of Pelle Gudmundsen-Holmgreen is at its most affecting when it is at its most absurd  as in the sinfonietta works on this recording by the composers longtime artistic accomplice Athelas Sinfonietta Copenhagen. The points of departure for the classically absurd PGH pieces on this album range from a red Skoda door, given to the composer by Athelas as a gift (Traffic), over randomly picked newspaper articles (Three Songs to Texts by Politiken) to general inspiration from Samuel Beckett (Repriser and Rerepriser) and Søren Kierkegaard (Og).

Pelle Gudmundsen-Holmgreen was one of the most striking composers from northern Europe over the past half century  a unique personality and a major figure in Danish musical life, even though he considered himself to be an outsider.