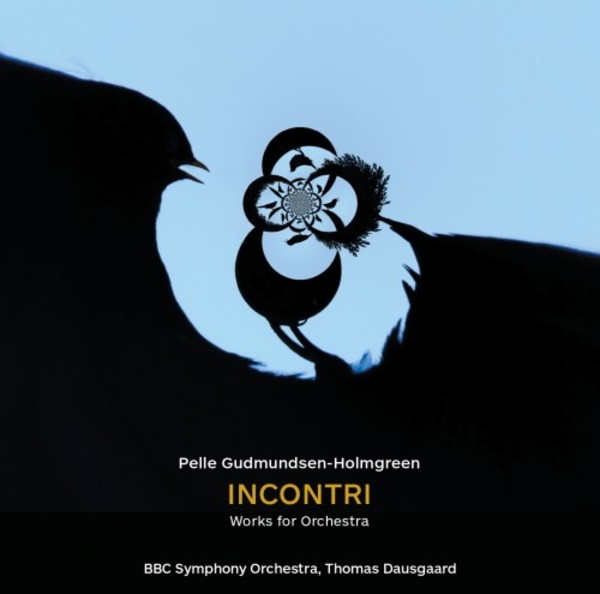 The concept of musical meetings  in Italian incontri  is a common denominator in the three orchestral pieces by Pelle Gudmundsen-Holmgreen on this CD, recorded in the presence of the composer by the BBC Symphony Orchestra and conductor Thomas Dausgaard. The fantastic hallucinogenic landscape of the title work, presented here in a live recording from the BBC Proms 2012, meets the pulsating irony of the two modern classics Symphony, Antiphony and Mirror II  all three works reflecting the composers lifelong fascination with the absurd.

Pelle Gudmundsen-Holmgreen was one of the most striking composers from northern Europe over the past half century  a unique personality and a major figure in Danish musical life, even though he considered himself to be an outsider.