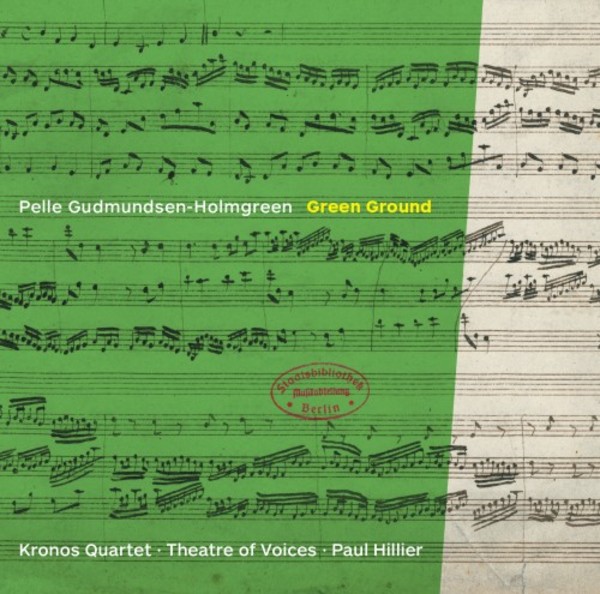 This album presents the world premiere recording of a unique new set of pieces by Danish composer Pelle Gudmundsen-Holmgreen (1932-2016), written and dedicated to his Grammy-winning playmates in the Kronos Quartet and Theatre of Voices with conductor Paul Hillier. Using a text from Henry VIIIs Songbook and taking musical inspiration from the old ground technique and from a certain famous Baroque canon, Green Ground offers a kaleidoscopic trip through the enchanting world of PGH, offering independent layers of playful sounds for strings and voices and then merging them together to the accompaniment of wooden percussion instruments.

Pelle Gudmundsen-Holmgreen was one of the most striking composers from northern Europe over the past half-century  a unique personality and a major figure in Danish musical life, even though he considered himself to be an outsider.