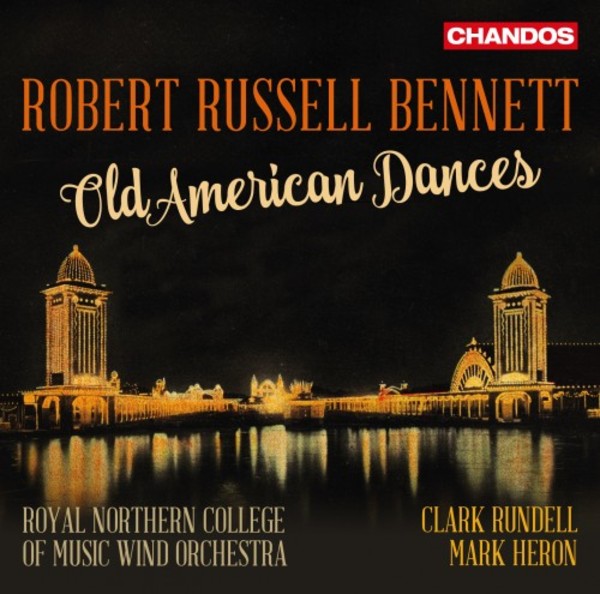 The Royal Northern College of Music Wind Orchestra and its director Clark Rundell, with the guest conductor Mark Heron, explore the works of Robert Russell Bennett in this eagerly-awaited new recording.

Bennett is best known for his orchestrations for 300-plus musicals between 1920 and 1975. He worked alongside the great songwriters of golden age Broadway  Gershwin, Porter, Kern, Rodgers, Loewe, Berlin, and more  his contribution far more than dutifully putting a songwriters piano music into the orchestra, measure by measure. His rich career left us a heritage of more than 200 original compositions, more than thirty of which were written for wind band, inspired by, as Bennett put it, its apparently inexhaustible colours and its fabulous vitality.

Deeply committed to world premiere performances and recordings of new music, the RNCM Wind Orchestra under Rundell and Heron here dedicate its energy and brilliance to a unique, highly enjoyable programme.

The RNCM Wind Orchestra is one of several large-scale ensembles that make up the wide diversity of music-making at the Royal Northern College of Music in Manchester, one of the worlds leading music conservatories. Bands, ensembles, and orchestras from the college have been active for many years in giving concerts, both within the college, at venues in Great Britain, and on international tours. These groups have also made an increasing number of commercial recordings for leading record companies.