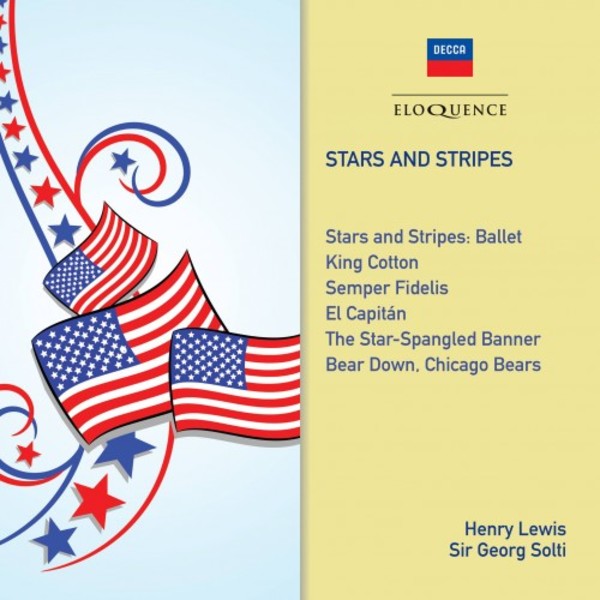 Choreographer George Balanchine gave many gifts to the American people  and to the New York City Ballet  but the most typically American and sparkling of these gifts was the ballet Stars and Stripes, which was premiered in 1958, and has been revived many times since. Sousas music was adapted and assembled into a 30-minute score by Hershy Kay (191981), who enjoyed several earlier collaborations with the New York City Ballet.

Sousa loved baseball, and he even wrote a march, The National Game, to honour it. Baseball remains the national sport in the United States, but many Americans will agree that football has supplanted it, in terms of popularity and revenue. Chicagos National Football League team, the Chicago Bears, was recognized by the Chicago Symphony Orchestra and Chorus, with Sir Georg Solti conducting, in January 1986, when they performed the Bears fight song, Bear Down, Chicago Bears, as a surprise concert encore.

The song was recorded shortly thereafter, along with The Stars and Stripes Forever and the American national anthem, and released as a 7 45rpm single  surely the most unusual recording Solti and the Chicagoans ever made. All these recordings receive their first international release on CD.