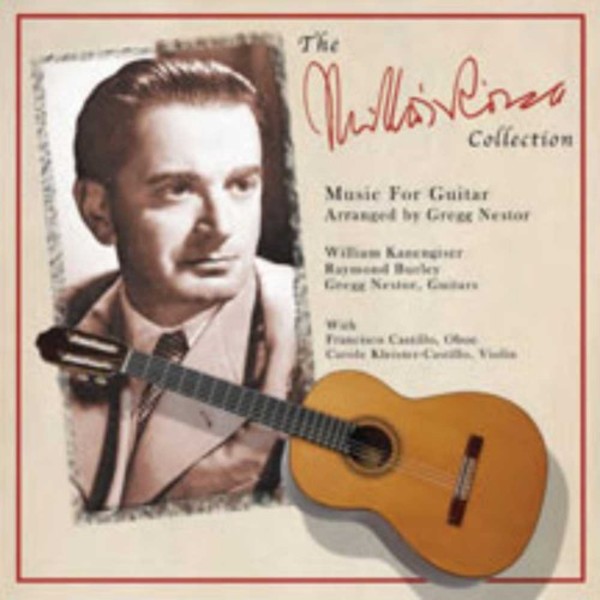 » The Boat House Waltz
Blood on the Sun

» The King's Diary and Finances

» The Boat House Waltz
Blood on the Sun

» The King's Diary and Finances

A collection of classic motion picture themes composed by the legendary Miklós Rózsa arranged for guitar and small ensemble. Produced and performed by Gregg Nestor and William Kanengiser.

Miklós Rózsa was a Hungarian composer trained in Germany (19251931), and active in France (19311935), England (19351940), and the United States (19401995), with extensive sojourns in Italy from 1953. Best known for his nearly one hundred film scores, he nevertheless maintained a steadfast allegiance to absolute concert music throughout what he called his "double life".

Rózsa achieved early success in Europe with his orchestral Theme, Variations and Finale (Op.13) of 1933 and became prominent in the film industry from such early scores as The Four Feathers (1939) and The Thief of Bagdad (1940). The latter project brought him to America when production was transferred from wartime Britain, and Rózsa remained in the United States, becoming an American citizen in 1946. His notable Hollywood career earned him considerable fame, including Academy Awards for Spellbound (1945), A Double Life (1947), and Ben-Hur (1959), while his concert works were championed by such major artists as Jascha Heifetz, Gregor Piatigorsky, and János Starker.