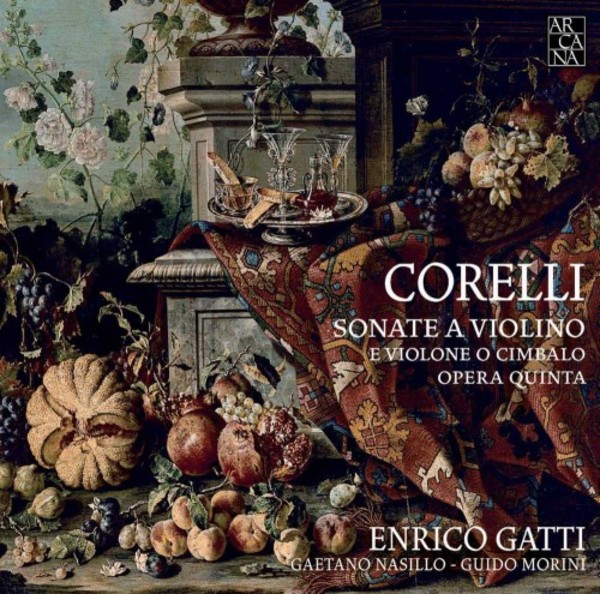 In September 2016 the Italian Ensemble Aurora celebrates its 30th anniversary: the very first concert of the group, founded and led by the violinist Enrico Gatti, took place in Bologna at the beginning of September 1986, then the ensemble went to Fusignano (Ravenna), Arcangelo Corellis birthplace, where an international symposium on the composer was being held. Since the very beginning, besides exploring the Italian 17th- and 18th-century repertoire in its entirety, Gatti has been particularly attracted by Arcangelo Corellis music, for its perfect elegance and nobility, and, in fact, it was on Corellis trio sonatas that the ensemble based its studies in order to obtain a perfect balance between rigorous preparation and interpretative fancy. The ensemble has recorded all of Corellis chamber music, and Gattis commitment has been rewarded by many international prizes and by the honorary citizenship of Fusignano. Enrico Gatti has dedicated a large part of his discography to Corellis works: all his recordings (Opp. 3, 4, 5, 6) have been recognized with a Diapason dOr, and Op.3 won the 1998 Diapason dOr of the Year.

In particular, also thanks to the warm and deep sound of his violin, inspired by the imitation of the human voice, and to perfect synergy with friends and colleagues Gaetano Nasillo (cello) and Guido Morini (harpsichord), Gattis recording of Corellis Sonatas Op.5 (Diapason dOr, Choc du Monde de la Musique, Choice of Amadeus) represents a milestone and a model for many performers and passionate listeners, and for this reason Arcana is re-releasing it for this particularly special occasion.