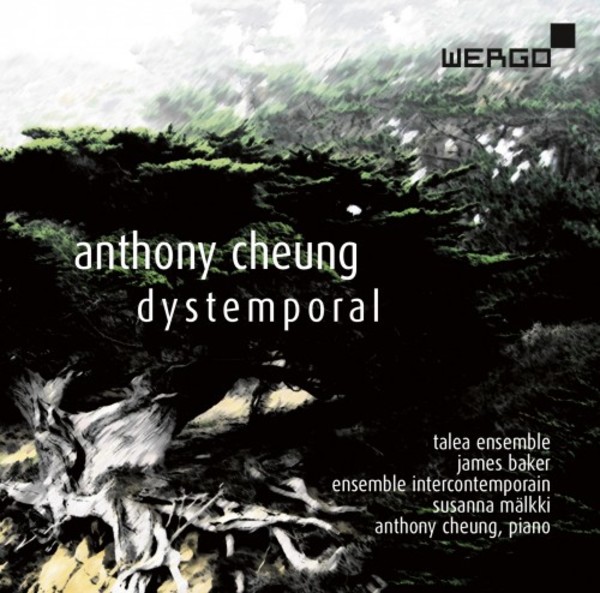 This recording collects together six works written over a seven-year period by the American composer Anthony Cheung. The bookends, SynchroniCities and Dystemporal, are the most recent, from 2012, and are the largest in instrumentation, scale, musical and extra-musical ambition. The other works were written during a period (200508), which were especially formative for Cheung, full of new discoveries, reassessments, and uncertainties, yet yielding the language that has come to resemble his own.

The earliest work, Windswept Cypresses, he wrote when he was 23, in an uncharacteristically quick span of about ten days. This was a breakthrough of sorts for him, a commitment to sensuality, intuition, and a poetic, naturalistic impulse that was in stark contrast to much of the aggressive, self-aware experimental music that informed his immediate listening environment at the time, which he also absorbed excitedly but with reservations.

The two pieces from 2008 are both interested in groove and pulse: Running the (Full) Gamut moves away from floating, head-in-the-clouds harmonies and drops some bass lines and motivic fragments from a kind of warped post-bop universe.

The composition of SynchroniCities was a challenge of a very different sort, using recorded sounds and an auto-tuned live piano to blend as seamlessly as possible with a live ensemble.

Dystemporal throws together all the ingredients already mentioned. It is both a summary of all the interests that have passed through Cheungs earlier work, and a project of its own invention that sets out to do very particular, idiosyncratic things.