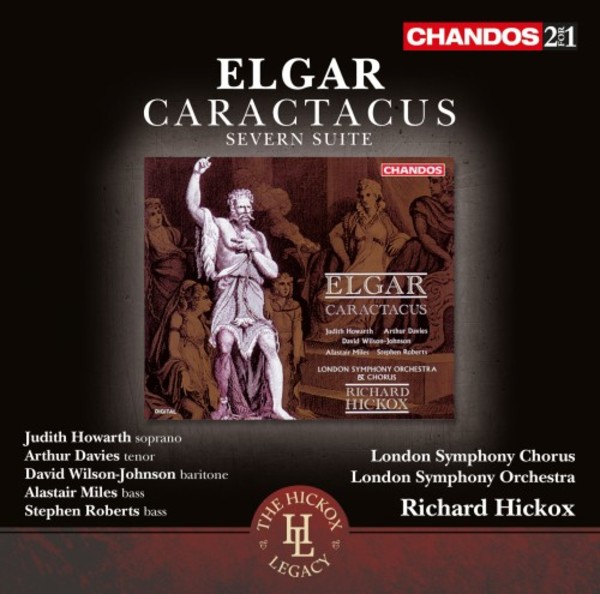 Re-issued from a 1992 recording, when Richard Hickox was Associate Guest Conductor of the London Symphony Orchestra, this Elgars Caractacus has much to offer.

The piece itself, which Elgar composed for the 1898 Leeds Festival, exudes his power of invention and luminous skills at orchestration, foreshadowing his next project, the masterful Enigma Variations.

A Gramophone review affirmed that There can be nothing but praise for Richard Hickoxs fluent, sensitive direction and the enthusiastic, full-blooded backcloth provided by the LSO. Bouquets, too, for the London Symphony Chorus whose terrific unanimity of attack, sensitivity to dynamics and wonderfully true intonation are something to marvel at. In the title-role David Wilson-Johnson makes a nobly sonorous showing, a pure-toned Judith Howarth is touchingly vulnerable as Caractacuss daughter, Eigen, and Arthur Davies sings with unaffected sincerity in the part of Orbin, her minstrel lover. A typically ripe, wide-ranging Chandos recording into the bargain.