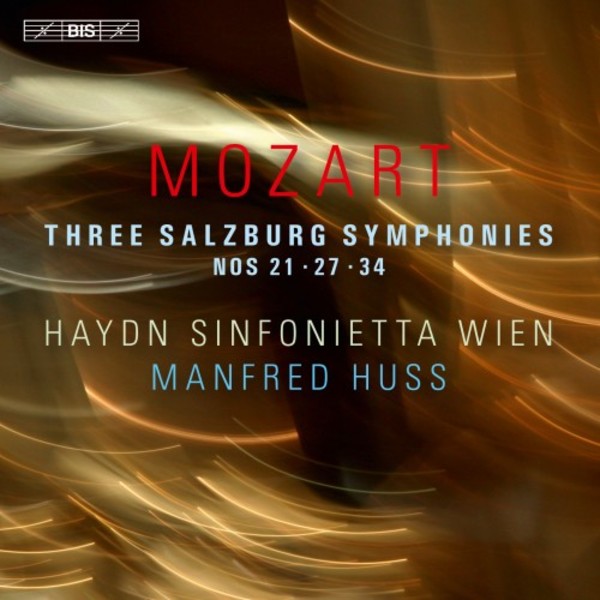 Mozart spent two thirds of his life in Salzburg  apart from the numerous tours that he undertook from a very early age  and during those years composed some 470 of the 626 works listed in the Köchel catalogue. Nevertheless, with a few exceptions the music that we revere him for today largely comes from the last period of his career, the decade following his move to Vienna in 1781. Of the around fifty symphonies that we now know he composed, 45 were written before he left Salzburg, many as entertainment for the court of his employer, the Prince-Archbishop. The Symphonies in A major, K134 (August 1772) and in G major, K199 (April 1773) are prime examples: brilliantly written, witty and effective with numerous typically Mozartian features. They are joined here by the last symphony that Mozart composed while still in Salzburg, the Symphony in C major, K338. We know that it was completed in August 1780, but there is no documented performance until April 1781, by which time Mozart had already settled in Vienna. K338 was originally supplied with a minuet, but this was later removed from the manuscript score and has been lost. Manfred Huss has therefore chosen to perform another minuet, the Menuetto K409 (probably composed in 1782), in its place. He and his Haydn Sinfonietta Wien appear on 11 previous titles in the BIS catalogue, including a number of albums dedicated to rarities by Haydn. But their first BIS release was in fact another Mozart disc (BIS1618), with the concertos for two and three pianos, which earned the ensemble critical acclaim: 'never less than lustrous' (International Record Review) and 'idiomatic and alert' (Classica-Répertoire).