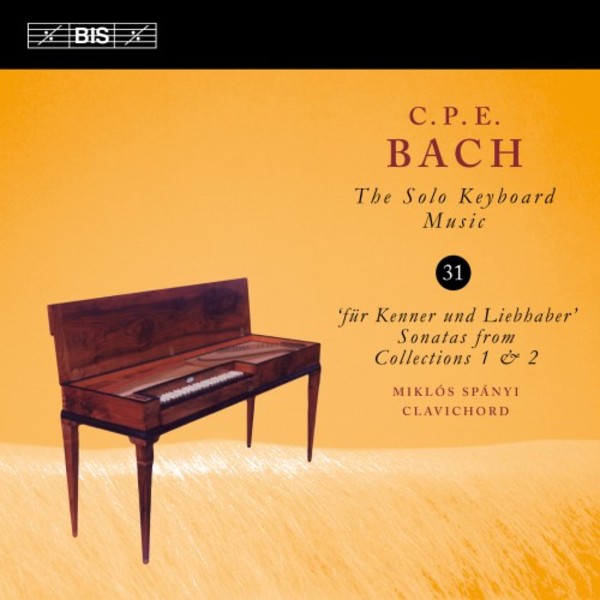 More or less three-quarters of the way through his series of Carl Philipp Emanuel Bach's music for solo keyboard, Miklós Spányi has arrived at some of the composer's most celebrated works  the six collections published between 1779 and 1787 'für Kenner und Liebhaber'. This is usually translated as 'connoisseurs and amateurs' but 'experts and admirers' is also a possibility  people able to appreciate the music because of their training and previous knowledge or their natural and inborn sensibility  or both! The first collection consisted of six sonatas (of which four are included here)  the time-honoured model for how to group works. But already in the second collection Bach mixes in rondos among the sonatas, and later on he also includes fantasias. Always alert to the various possibilities when it comes to which keyboard instrument to use for each piece, Miklós Spányi has chosen to combine works from the first two collections here, performing them on the clavichord. (The next volume in this series will bring both collections to completion, with sonatas and rondos played on the tangent piano.) Spànyi's care in choosing his instruments and his deep affinity with the highly personal idiom of C.P.E. Bach has earned him acclaim throughout the series, which in reviews of recent instalments has been called an 'illuminating journey through the keyboard landscape of J.S. Bachs best-known son' (BBC Music Magazine) as well as 'one of the most needed and important recording projects in progress today' (Gramophone).