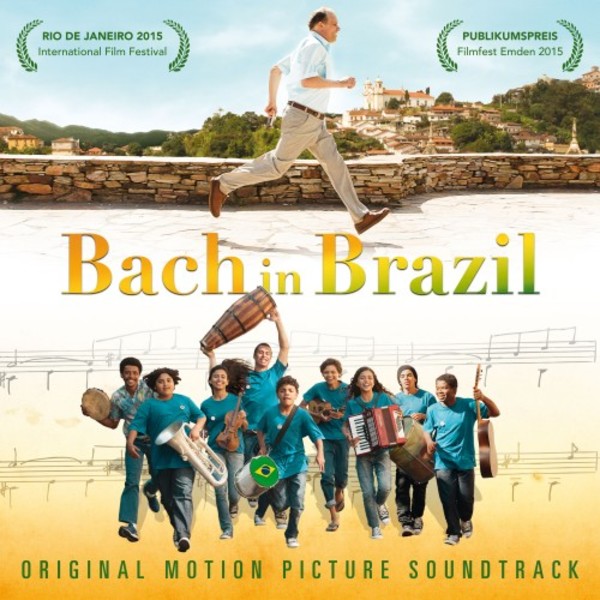 Classical music has never been so danceable: the exceptional soundtrack to the motion picture film Bach in Brazil offers captivating arrangements of J.S. Bachs best-loved melodies. This is where classical music meets Brazilian ardour, encouraging new musical facets to emerge. Brazilian samba and choro interpretations of Bachs chorales stand alongside preludes and fugues in versions for the guitar or euphonium: a passionate homage to the works of Johann Sebastian Bach.

It all began in the 17th century, when Catholic missionaries introduced the Baroque to Brazil. Works of art were created, literary works written and whole cities built in the Baroque style  naturally the music had to match. There is even a genuine Arp Schnitger organ in Brazil, built just like the one that Johann Sebastian Bach used to play on.

Researching Bach in Brazil I was amazed to find that there were Baroque scores from the 18th century that had been discovered in the Brazilian region of Minas Gerais. I was told about the music historian Francisco Curt Lange (19031997), of German parentage, who had searched South America for Baroque music.

He wrote of the influence that Bach had had on Brazilian composers such as Padre José Maurício Nunes Garcia (17671830) or Pixinguinha (18971973). The listener will recognize many Bach themes and also  or so I hope  be surprised by the sheer diversity of variations on Bach: The original score of J.S. Bachs Arioso, the theme tune of our film, is considered to have been lost  only copies have come down to us. While working on the screenplay, we spoke with a historian at the Bach Archive and with music historians in Brazil. On both sides of the Atlantic, there is a belief that music scores written by Bach or his sons may yet be discovered in Brazil. The youngest son, Johann Christian Bach, might even have visited South America. That gave us the idea of writing into the script that the Arioso score bequeathed in a will was a copy by Johann Christian Bach.

Our aim in Bach in Brazil is to bring Bachs melodies to life with Brazilian rhythms and instrumentations, rather like Marten Brückling in the film gaining a new perspective on his life from the children and the Brazilian feeling for life.