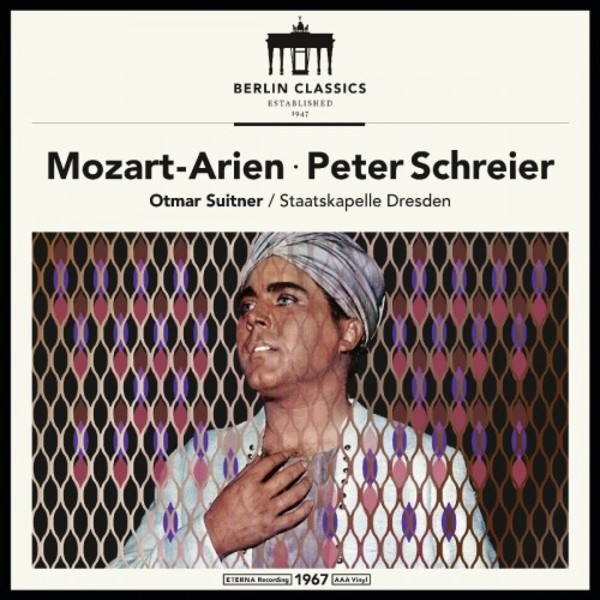 Peter Schreier is unquestionably one of the greatest tenors of the twentieth century. For over 40 years he was known above all for his embodiment of Mozart tenor roles, and dazzled as a lieder singer in songs by Schubert, Schumann and Hugo Wolf. The sacred works of Johann Sebastian Bach, his oratorios and passions, formed another key element in the repertory of this native Saxon. He sang at all the worlds major opera houses  at the New York Met, at La Scala in Milan, in Buenos Aires, Vienna and Paris  and needless to say on his home turf of Dresden and Berlin. Not forgetting his many years of guest appearances at the Bayreuth and Salzburg Festivals. It was in Salzburg, in 1967, that he sprang into the breach as Tamino in place of Fritz Wunderlich, who died so tragically young. The successes that followed thick and fast upon that were to make Peter Schreier into the opera worlds Mozart tenor of choice in the course of the following decades.

Mozart was always my primary field of activity, the core of my opera repertoire. The Lukaskirche in Dresden has been almost a second home to me since the 1960s; that is where I made so many recordings for the Eterna record label. The 1967 gramophone record Der Odem der Liebe (the breath of love) featuring Otmar Suitner and the Staatskapelle Dresden was produced during my Salzburg debut as Tamino in The Magic Flute. My Tamino was something of a showpiece, a key element of my professional career, and remained so right up to my last performance at the Staatsoper in Berlin in 2000. My very last opera performance, to be precise. It gives me the greatest of pleasure to know that this early recording from the Eterna days is available again, on vinyl and as a CD release. - Peter Schreier, Dresden 2016