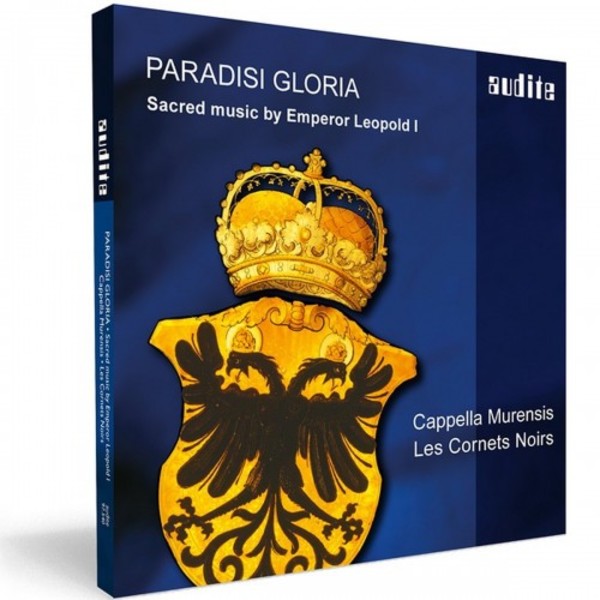 A well-regarded composer in his own right, Leopold I transformed the Viennese court into a centre of European culture. The beautiful settings he wrote for the burials of his first two wives, as well as his music for the Feast of the Seven Sorrows of the Blessed Virgin Mary, are testament to the Emperors musical talent.

Born in 1641 in Vienna as the second son of Emperor Ferdinand II, Leopold I was initially destined for a theological career and hence received a suitable education to this end. He was nominated as successor to his father, who had died the previous year, as Holy Roman Emperor in 1658 in Frankfurt only after the death of his elder brother, Ferdinand. He reigned until his death in 1705 as a controversial ruler, because he was indecisive and less interested in politics than in music, feast days, religion, and hunting. He inherited a gift for music from his father and was inculcated with the love of music by him; Ferdinand III had prepared the way as a poet of Italian texts and composer. Leopold devoted himself to music and to the musicians of his Hofkapelle (Court Chapel) with even greater commitment. As a child he was taught the harpsichord by the court organist Marcus Ebner and probably received lessons in composition from the Hofkapellmeister (Director of Music at the Court Chapel) Antonio Bertali.

Sixty-nine of Leopold Is numerous autonomous compositions have survived. Most of them are smaller works of church music, but we know of at least an ordinary mass and a Requiem, ten oratorios and sepolcri (oratorios before the Holy Sepulchre), an Italian opera and an act of a further one, two serenatas, two Spanish intermezzos and six theatre works in addition nevertheless. We also know of one further opera of his composing, but only one aria from it has survived. Beyond this, though, the emperor contributed individual arias or scenes to most of the over 200 operas that were performed during his reign.

This CD gives an overview of the liturgical compositions that he penned. The idea that Leopold composed sad melodies particularly aptly, as a diplomat reported, is confirmed by the compositions recorded here, the texts of which all concern death  either that of Jesus Christ or the human one.

Monarchs dont always make great composers, though Henry VIII did pretty well Leopold cultivates minor-mode choral writing, but in the fine Requiem at the heart of this disc he lets the sun shine in with brief sections in the major, rather like his contemporary Heinrich Bibers Requiem.  Nicholas Kenyon
The Observer 17 July 2016