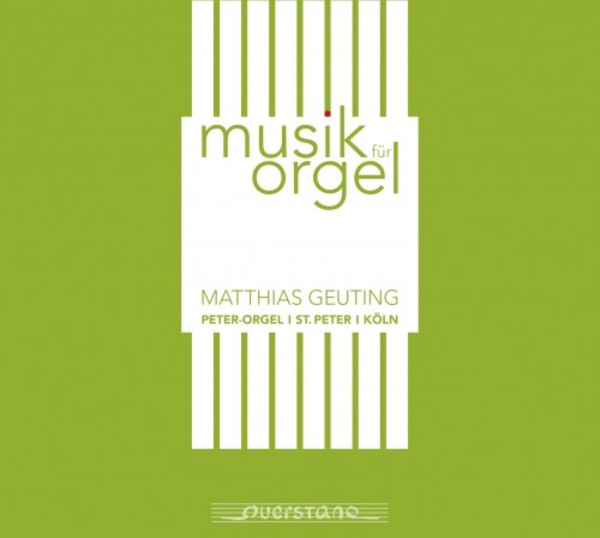 The recordings collected here are drawn from two live performances in Kunst-Station Sankt Peter in Cologne in 2010 and 2011. At the time Dominik Susteck, the organist at Kunst-Station Sankt Peter, invited Matthias Geuting to play at the annual festival orgel-mixturen, one of the rare occasions when we are lucky enough to have an entire festival dedicated to contemporary music for the organ. The present CD grew out of our decision to document some of the pieces played in these concerts, and the works selected were primarily chosen out of a desire to introduce interested audiences to largely unknown organ music that we felt was deserving of a CD release.

The pioneering works of the 1960s by Mauricio Kagel and Hans Otte are contrasted with modern contributions from two composers of our time, Erik Janson and Matthias Schlothfeldt. Bridging the chronological gap between these two poles is a composition drawn from Jörg Herchets extensive body of works for organ. Stretching back over half a century, these works all represent different approaches to composing for the organ, and despite being clearly rooted in their time and occupying their own aesthetic ground, there is still a clear relationship between these pieces running below the surface.

The organist Matthias Geuting was organ student of Gerd Zacher during his church music studies in Essen. He is also a champion of new repertoire for the organ, having premiered numerous new pieces  many of which have been recorded for broadcast by the WDR and DLF. The works by Janson, Herchet and Schlothfeldt on this CD are world première recordings.